Both players are attempting to return to the winners' circle on the PGA Tour. 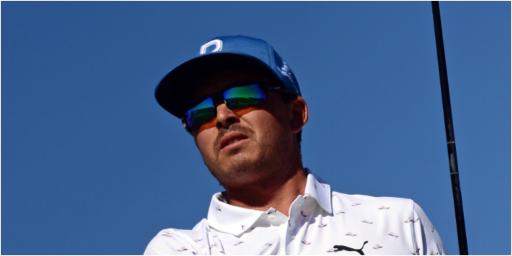 Rickie Fowler and Rory McIlroy will face a duel in the desert on the final day at the CJ Cup at Summit in Las Vegas.

A methodical Fowler signed for a third round 63 which leaves him at 21-under par with a two-stroke lead over McIlroy at 19-under.

McIlroy was the stand out player of the day as he shot a 10-under 62 in a round that included eight birdies and one eagle on the PGA Tour.

The Northern Irishman made six birdies in his opening nine holes as he returned to the glistening form we know he is capable of.

It's a Saturday 62 for @McIlroyRory and he leads by 1. pic.twitter.com/YsoUsfzBv7

His last win on the PGA Tour came at the Wells Fargo Championship at Quail Hollow in May.

His three rounds of 68, 67 and 62 sets him up perfectly to attempt to win his 20th victory on the PGA Tour.

If he were to win it would no doubt go some way in silencing his critics as he has been without a win in such a long time.

The same can be said of Fowler, 32, whose last Tour victory came at the 2019 Waste Management Phoenix Open.

Fowler made five birdies on his front nine and then made four more on the back nine.

He narrowly missed an eagle putt at 18 and was close to matching McIlroy's 62 but had to settle instead for a 9-under 63.

Fowler by his own admission was dreadful last year but so far this week has been thrilling to watch again.

Collin Morikawa has shot three rounds in the 60s and is at 14-under but will need something really special to get into contention.

Jordan Spieth faded on day three as he signed for a level par 72 after two good rounds leaving him on 13-under.

Another par 5. Another birdie for @RickieFowler.

RELATED: RORY MCILROY TURNS UP THE HEAT IN LAS VEGAS

NEXT PAGE: LAURIE CANTER LEADS THE WAY AT VALDERRAMA