Fans reacted angrily on social media as they had to wait until 10pm to watch the coverage as a host of big names went low. 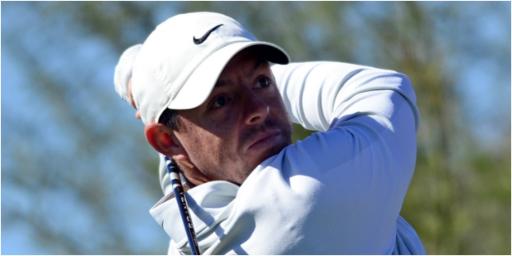 Golf fans in the UK were left fuming with Sky Sports as they decided to start their PGA Tour coverage late as several big players went low.

For the first time in what seems like years Rickie Fowler has thrown himself into contention at the CJ Cup at Summit in Las Vegas.

Rory McIlroy was 7-under through 13 holes as he went on a charge that included six birdies through his opening nine holes.

Jordan Spieth was also on a tear and is trying to chase down the early leader Keith Mitchell at 20-under par.

But fans who have Sky Sports were not able to see any of this as they decided to start their coverage later.

Fans were able to tune in at 10pm BST via a red button option and choose between that and the ladies' Aramco Team Series in New York.

It's fair to say fans were less than impressed with the fact they pay lots of money only to not get to see the best players in action.

Post Ryder Cup there is always a bit of a drop-off in interest as the PGA Tour wraparound season means several big players skip a few events.

But now several big names have returned to the fold that include players like Dustin Johnson, Collin Morikawa and Adam Scott to name a few.

Here is just some of the reaction from seething social media fans.

@SkySportsGolf put the CJ cup on the red button already

@SkySportsGolf get this fucking shite off. Absolute joke this is

Put the CJ cup on as advertised! Already a disgrace that you don't show half the rounds....and you call yourself the home of golf!

@SkySportsGolf the leaders of the CJ Cup are a third of the way through their round and you haven't even started coverage yet ffs.

Until 2 mins ago I was sat thinking ahh it’s not that bad, it starts at 10pm, nope another hour and a half of this apparently!!!

RELATED: PLAYER EARNS LPGA TOUR CARD DESPITE PENALTY FOR HAVING A CHILD'S CLUB IN HER BAG

NEXT PAGE: GRANDMA TRIES BUNKER SHOT AND IT ENDS BADLY

PGA Tour
Is the Official Golf World Rankings a fair system after Hero World Challenge?
PGA Tour
5 reasons why Tiger Woods MUST play in the PNC Championship with Charlie Woods
Golf news
Golf Rules: What was the ruling for this Kevin Na MISHAP in 2011?
PGA Tour
WATCH: Can Tiger Woods reproduce his EPIC BALL FLIGHT at 2022 Open Championship?
DP World Tour
Tickets to go on sale for the Betfred British Masters hosted by Danny Willett