Who NEEDS a PGA Tour win more between Rory McIlroy and Rickie Fowler?

We are on the eve of a fantastic showdown between Rory McIlroy and Rickie Fowler at the CJ Cup, but who needs the win more desperately than the other? 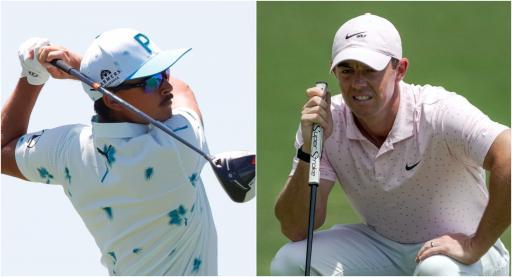 After Keith Mitchell opened up a five-shot lead after two rounds at the CJ Cup, it seemed a formality that the 29-year-old would be picking up his second PGA Tour victory in Las Vegas.

But he could only manage a score of 1-over-par on Saturday and his opponents were in simply scorching form. Also, his opponents happen to be two of the most popular players in recent years.

Rickie Fowler, in desperate need of a resurgence to his PGA Tour career, shot a scintillating 63 in the third round at The Summit Club to open up a two-shot lead over Rory McIlroy on 21-under-par.

McIlroy also went deep in the desert on Saturday. The Northern Irishman carded a 10-under-par 62 to reach 19-under-par for the tournament. The scoring has been absolutely astronomical in Las Vegas this week.

Both of these players have something to prove. Fowler has not won since the 2019 Waste Management Phoenix Open and he has been out of the world's top 100 players for a sustained period of time.

He has missed 16 cuts in his last 39 starts. He failed to qualify for The Masters and the US Open last season and he fell short of the FedEx Cup Playoffs for the first time since 2009.

The 32-year-old has experienced changes off the course, with his wife Allison due to deliver their first child in the near future. His preparation for fatherhood has been a positive but challenging feature of his life.

It is his first 54-hole lead in over two years. If he doesn't win in the desert tonight, at least we know he can produce the golf that has won him five PGA Tour titles. He hasn't lost it.

As for McIlroy, it seems he is always trying to justify himself to the media on tour and provide detailed explanations for his inconsistent form.

He may have won the Wells Fargo Championship for a third time last season, but he will tell you that his game is not where he wants it to be.

Unfortunately, this became clear at the Ryder Cup. The four-time major champion was not at the races and this reduced him to tears on the final afternoon in Wisconsin.

It feels like Rory is always trying to prove a point, which seems ridiculous when he has got 19 PGA Tour trophies to his name. But remarkably, he knows he is capable of more.

The World No. 14 has been faultless at the CJ Cup and it would be a great bounce-back win that he would desperately crave.

Fowler just needed his week to go low. He needed something, any sort of top finish. Now that is in the bag, a win would do him a world of good as he looks to rediscover his past powers.