The Zurich Classic of New Orleans is a special team event on the PGA Tour and it will see the superstar team of Collin Morikawa and Viktor Hovland. 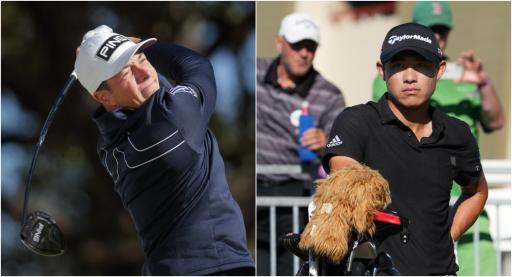 Collin Morikawa and Viktor Hovland will form a formidable partnership when they tee it up together at this year's Zurich Classic of New Orleans.

The World No.2 and World No.3 were announced as a team on Wednesday evening and they will look to take the title from Cameron Smith and Marc Leishman who won it last year.

The event, played at the end of April, has a very unique format. For round one and round three, the competitors play better ball and for round two and round four, they play foursomes.

"These two form the highest-ranked partnership to compete since we adopted the team format five years ago," said Steve Worthy, the CEO of the Fore!Kids Foundation who produce the tournament.

"They are both incredibly accomplished at a very young age, and both have international team competition experience. We are thrilled to have them back to New Orleans, now as a team.

Zurich Ambassador, @collin_morikawa ranked #2 in the world will team up with @HovlandViktor ranked #3 for the 2022 Zurich Classic! The highest ranked team in #zurichclassic history! #teamgolf pic.twitter.com/UI23osSsSw

"With defending champion Cameron Smith ranked sixth and now Sam Burns moving to tenth, we already have four of the top 10 players in the world in our field. And we have more to come."

The 25-year-old has won five times on the PGA Tour and he became the first American player to win the Race to Dubai in 2021.

As for Viktor Hovland, he is the most improved player in the world in the last 12 months or so. He has three wins on the PGA Tour as well as two wins on the DP World Tour.

With a combined age of 49, both of these superstars represent the dominance of young players in the game right now.