Patrick Reed already has the PXG GEN4 driver in play at Kapalua. 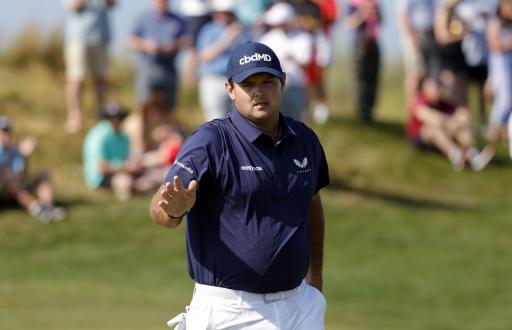 Patrick Reed has today become a PXG staff player and he will play the company's GEN4 driver at this week's Sentry Tournament of Champions on the PGA Tour.

It is understood that Reed, who was previously a free agent in the equipment world for a number of years, will just play with PXG woods while remaining with the rest of the clubs in his bag from last year.

Renowned golf equipment expert Jonathan Wall confirmed the news on Twitter this afternoon, and Reed has since posted quotes on the PXG website.

PXG representative just confirmed what some were already wondering: Patrick Reed is going to be a PXG staffer for 2022. More details to come. pic.twitter.com/mmUYBWxgWL

"PXG is such a natural fit for me. I love the message they send, and the brand they have built and that takes a great team. I'm so excited to be a part of the PXG troops and for what is to come," said Reed.

In early 2021, Reed, 31, ended his partnership with Nike and began wearing Castore and G/FORE clothing.

After splitting up with Nike, it was reported that the only deal Reed had in 2021 was to use Titleist balls. He also wore a Titleist cap occasionally.

The 2018 Masters winner revealed before the tournament in April, which was won by Hideki Matsuyama, that he had signed with Castore which is a British premium apparel company.

But he also wore G/FORE clothing throughout the 2021 PGA Tour season. Now, we could be on the brink of an announcement that could see Reed sign with PXG, a company based in Scottsdale, Arizona.

In terms of his bag, Reed played with a variety of different sticks last season. He used the Titleist TSi3 driver, a TaylorMade SIM fairway wood and Callaway hybrid.

As we are aware, the nine-time PGA Tour winner is not afraid to use less popular clubs too. In his bag last year, he also used an Artisan Proto 51˚ wedge and Grindworks Prototype irons.

PXG produce some of the most impressive clubs in the game, whether it is drivers, irons or putters. PXG stands for Parsons Xtreme Golf and it was founded in 2014 by billionaire and GoDaddy founder Bob Parsons.

NEXT PAGE: IS THIS BIZARRE DRIVE AN EARLY CONTENDER FOR WORST SHOT OF THE YEAR?

patrick reed
pxg
titleist
Nike
Castore
Previous
Golf club managers and greenkeepers recommended 5% PAY RISE
Next
Collin Morikawa could become World No. 1 in Kapalua: "It's all in my control"