Daniel Berger also pledged his support to the PGA Tour and praised Jay Monahan for his work in recent years, joining a long list of players remaining loyal. 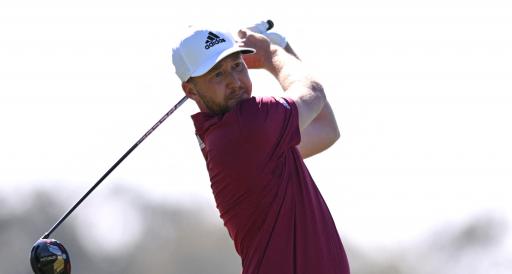 Daniel Berger believes that Phil Mickelson deserves a second chance if he is sincerely sorry for his words and actions regarding the Saudi golf league.

Speaking ahead of the Honda Classic, Berger admitted he wasn't entirely clued up on Mickelson's statement, but he said he has only had "good experiences" with the 51-year-old.

Berger, who made his Ryder Cup debut in 2021 when Lefty was one of the vice-captains, also pledged his support to the PGA Tour and praised the work of commissioner Jay Monahan.

The 28-year-old is one of the tournament favourites this week at PGA National where he spoke to the media about Mickelson and the Saudi golf league.

"I've always been behind the tour. I think Commissioner Monahan is the right guy for the job. I think he's done an amazing job through Covid, something that people didn't give him enough credit for what he was able to do in such challenging times," Berger said.

"There's no one I would trust more to guide the tour through all of these difficult times, and I think he's done a great job.

"I like where the tour is headed. I like the new initiatives that have been brought out, and honestly, I don't know much about the whole Phil/Saudi thing. I try not to pay attention to it.

It seems that Mickelson, who released his statement on Tuesday, will be taking a break from the PGA Tour after his words to Alan Shipnuck emerged.

Both figures have disagreed on if they were on or off-the-record comments, but it was revealed that the six-time major champion attempted to use the Saudis to stimulate an improvement in the PGA Tour.

In his statement, Mickelson apologised to those he has negatively impacted and he described LIV Golf Investments and the groups behind the Saudi golf league as "visionaries."

As for Berger, ranked 21st in the world, he has put himself on a list of players at the top of the pile who have committed their futures to the PGA Tour.