The World No.1 is one of many PGA Tour players who have paid tribute to Tiger Woods in recent days. 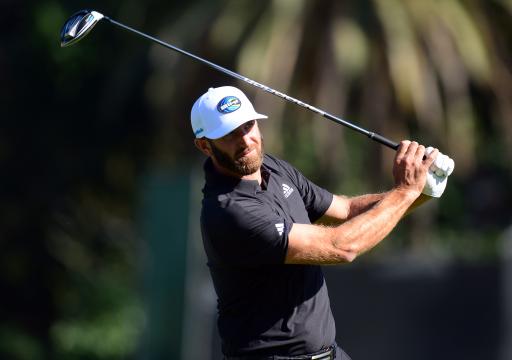 Dustin Johnson has paid tribute to Tiger Woods ahead of this week's WGC-Workday Championship and said he hopes to see a "Ben Hogan style comeback" after the 15-time major winner suffered serious injuries from a car crash on Tuesday.

Multiple PGA Tour stars have sent their own messages over the past few days, after Woods underwent surgery in Los Angeles and medical chiefs believes his road to recovery will be a difficult one.

Hogan was famously involved in a car accident in 1949 where he came close to losing his life and after being told he would probably never walk again, he made an incredible return to the sport and added another six major championships to his tally, something that Johnson hopes Woods could emulate.

"Hate to see the news about Tiger," Johnson said on Twitter. "Wishing him a quick recovery and a Ben Hogan-style comeback. If anyone can do it, it's TW."

Hate to see the news about Tiger. Wishing him a quick recovery and a Ben Hogan style comeback. If anyone can do it, it's TW.

Johnson, who goes into this week's WGC-Workday Championship at The Concession as the tournament favourite, spoke more about Woods ahead of the event in Florida.

"Obviously it's a terrible situation, you never want anything bad to happen to people. Obviously hope for a speedy recovery.

"He's such a big part of the PGA Tour and what it has become today. Once he is not playing anymore, definitely the game will miss him, but I feel like he'll always somehow be around and involved with the game."

NEXT PAGE: Rory McIlroy on Tiger Woods car crash: "We should be grateful he's alive"