Patrick Cantlay withdraws from WGC-Workday Championship due to "DEHYDRATION"

FedEx Cup leader Patrick Cantlay has withdrawn from the WGC-Workday Championship ahead of the first round. 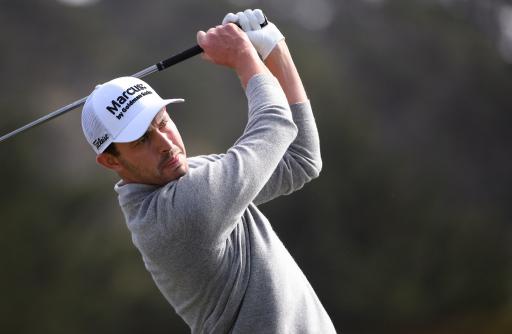 Patrick Cantlay has withdrawn from this week's WGC-Workday Championship due to an "upset stomach" and "dehydration".

The American has been in fine form on the PGA Tour as of late and has not finished worse than tied 15th so far in 2021, with that being at last week's Genesis Invitational.

"Unfortunately due to an upset stomach and dehydration I have withdrawn from the WGC-Workday Championship at The Concession," said Cantlay in a statement.

"I'm extremely disappointed, but looking forward to getting back out on the course soon. I'm very grateful to the WGC-Workday team, tournament organisers and volunteers."

Cantlay will be replaced by an alternate in the field, meaning Min Woo Lee will now take the World No.7's spot and play alongside Justin Rose and Carlos Ortiz for the opening two rounds.

This week's WGC event was scheduled to take place in it's usual location of Mexico, but due to the current coronavirus pandemic, the tournament was moved to The Concession in Florida.

The field will have limited experience of the course, given that it's not used for any other PGA Tour events throughout the year, but it is often described as one of the most challenging golf courses in America.

World No.1 Dustin Johnson leads the way as the bookies favourite to win, with Spaniard Jon Rahm close behind.

Multiple players taking part in this week's event have paid tribute to Tiger Woods, who is now recovering after undergoing surgery following a brutal car crash that shocked the world on Tuesday.