This is a big change, but they do say you should pick your battles. 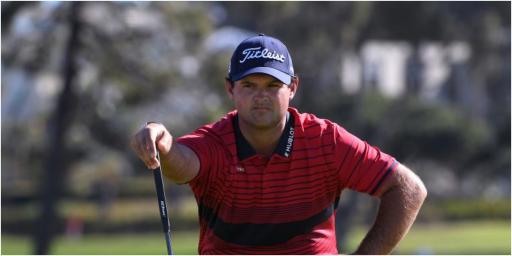 PGA Tour fans are used to tuning in and watching tournaments on a Thursday evening - but that will change at the 2022 Farmers Insurance Open.

The PGA Tour have announced they are planning to move the event to begin on Wednesday instead of their usual Thursday slot to avoid going up against the NFL.

The Farmers Insurance Open will be played in the last week of January - but the NFL has expanded their season.

This means that their NFC and AFC championship games will be played on 30 January - slap bang in the middle of the PGA Tour event.

It has forced the Tour's hand into changing their schedule, giving the tournament a Saturday conclusion.

Did Patrick Reed actually cheat at the Farmers Insurance Open?

The annual event will be played on the iconic South Course at Torrey Pines and Patrick Reed is the defending champion.

Reed won by five shots last January as a controversy emerged over whether or not he acted properly over an allegedly embedded ball.

"When it came down to yesterday, I heard from the rules official and did everything I was supposed to do. That's all you can do is go through the correct steps to protect the rest of the field," Reed said at the time.

That weekend is no doubt a crowded sports schedule, so the PGA Tour has clearly decided this is a ratings battle they cannot win.

Anyone who goes up against the NFL is likely not going to get more viewers.

"The teamwork, flexibility and creativity exhibited by the PGA Tour and Farmers Insurance to adapt the schedule for a Saturday finish was outstanding," Dan Weinberg, executive vice president for programming at CBS Sports, said in a press release.

NEXT PAGE: THE BIGGEST RYDER CUP EARNERS ON INSTAGRAM