The QBE Shootout may be an unofficial PGA Tour event, but it is still an extremely popular and competitive team competition. 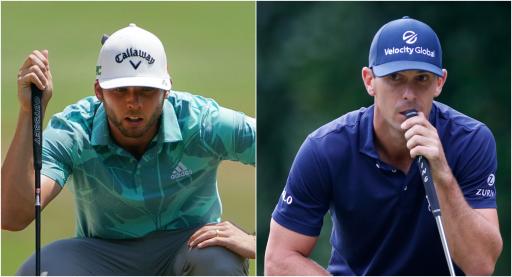 The QBE Shootout is back in December at Tiburón Golf Club at the Ritz-Carlton Golf Resort in Naples, Florida and it will be hosted by Greg Norman.

The former World No. 1 and two-time major champion has been in the spotlight recently as he is set to be the commissioner of a new Saudi-backed golf series.

Norman announced his association with Liv Golf Enterprises, which is backed by the Private Investment Fund that represents the Saudi Arabian government.

Nonetheless, he will resume his duties as host of the QBE Shootout as the pairings have been announced and we will see some dynamic duos face off in Florida.

RELATED: EUROPEAN TOUR DROPS BOMBSHELL AS IT ANNOUNCES IT WILL REBRAND AS DP WORLD TOUR

The ever-impressive Sam Burns will tee it up alongside Billy Horschel, who won the BMW PGA Championship earlier in the European Tour season.

Combine his FedEx Cup-winning credentials with Burn's current form at the top of the FedEx Cup standings and you have a formidable pair.

The experienced pair will have to contend with the mixed duo of Lexi Thompson and Bubba Watson and the English pair of Ian Poulter and Lee Westwood.

The QBE Shootout is a 54-hole event. The first round is a scramble where each player tees off and they choose where to play from next based on the best shot.

The second round is a modified version of foursomes. Both players tee off and they choose the best tee shot to play from. From that point, it is alternate shot.

The third round is better ball where each player plays their own ball and the best score out of the pair on each hole counts towards the score.

Here are the pairings for the QBE Shootout from 8th-12th December.

NEXT PAGE: TIGER WOODS: HIS 7 BIGGEST PUBLIC ENEMIES ON THE PGA TOUR

PGA tour
sam burns
Greg Norman
qbe shootout
private investment fund
Previous
WATCH: Golfer loses his match then TAKES IT ALL OUT on his putter!
Next
WATCH: Player uses a LEAFBLOWER to help find a lost golf ball in the thick stuff