Cameron Smith made a triple-bogey on Sunday at The Masters which ended his chances of winning the Green Jacket, but can he bounce back at Harbour Town? 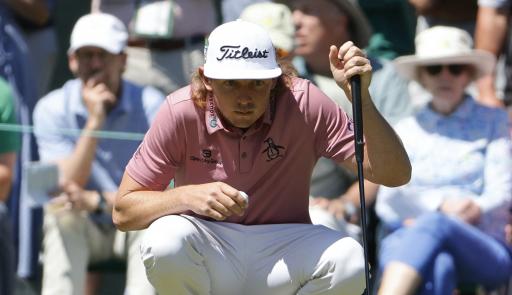 Justin Thomas came closest for the GolfMagic betting column last week, as the American finished in a tie for eighth place at The Masters. The 2017 PGA champion is back for more at the RBC Heritage this week, but Matt and Andy have some alternative selections for the exciting event at Harbour Town Golf Links.

The RBC Heritage produced an emotional and memorable winner in Stewart Cink in 2021. He won by four shots to secure the eighth victory of his PGA Tour career.

Jordan Spieth, who missed the cut at The Masters for the first time in his career last week, is also teeing it up as well as Corey Conners and Kevin Kisner.

Matt and Andy are back this week with two selections each, including some bullish calls at the top of the market and a 28/1 shot as well.

Related: Did you know about this rule that Scottie Scheffler took advantage of?

Collin Morikawa produced a fantastic score of 67 in the final round of The Masters to finish in the top five. This was his sixth top-10 finish in eight events on the PGA Tour this season.

Cameron Smith suffered heartbreak at Amen Corner on Sunday, but he has still won twice on the PGA Tour this season including The Players Championship.

His putting is sublime and he is ranked third in strokes gained in this department. He has five top-10s in eight events so far and I believe 16/1 is a big price for the World No.5.

Since losing in a playoff to Scottie Scheffler at the WM Phoenix Open, Cantlay has been some way off his brilliant best that saw him win four times on the PGA Tour last season.

However, the 30-year-old is ranked 16th in total strokes gained and he enjoys playing at Harbour Town. He finished third at this tournament in 2018 and 2021 and he came seventh in 2019.

The silky-swinging Canadian finished fourth at Hilton Head in 2021 and his impressive long game will benefit him well around this tricky South Carolina track.

Next Page: What Tiger Woods' daughter Sam said during his Sunday Masters round