Lee Westwood saw the funny side of leaving sweet wrappers in a Ping tour bag before a fan won it. 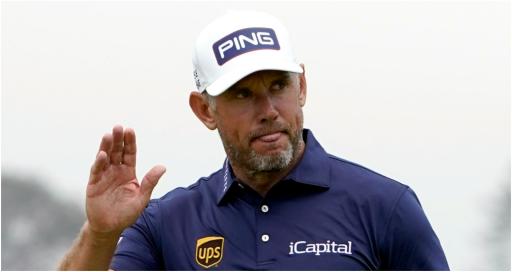 Lee Westwood decided to give away his Ping tour bag he used during The Players Championship at TPC Sawgrass.

The only problem, it seems, is that he forgot to empty it of the sweet and snack wrappers from the goodies he had munched on.

Gary Voisey was the winner of the brightly coloured PLD tour bag, and he wasn't sure if his trolley could handle the size, he wrote on Twitter.

Still, when he opened the bag to check its contents, he found one of Westwood's leftover Lance Fresh Toasty peanut butter crackers wrapper.

Another snack Westwood appears to enjoy is a Nature's Bakery raspberry fig bar. "That's not like me to leave food Gary. You're very lucky," Westwood wrote on Twitter.

@WestwoodLee Hi lee just received your players tour bag today ! Hope my trolley can handle it also enjoyed your choice of snacks found in pocket ? Again Thanks To you and Ping pic.twitter.com/bBosvHhI5p

That is really not like me to leave food Gary. You’re very lucky @PingTour https://t.co/sqctTs2ZGT

The Ping staffers were wearing caps with PLD written on them during The Players to promote their new Putting Lab Design putters.

Westwood, 48, played at the 2022 Masters last week where he made the cut after shooting rounds of 72-74. He then followed that up with rounds 73 and 71 at Augusta National.

It gave him a T-14 finish alongside Tommy Fleetwood, Hideki Matsuyama and Matthew Fitzpatrick.

It was his 21st appearance at The Masters where he has now made 17 cuts with a scoring average of 72.44. His lowest round at Augusta National was 67.

Westwood's most recent victory came at the Abu Dhabi HSBC Championship in 2020.