With a win at the Hero World Challenge, Collin Morikawa will become the best golfer in the world for the first time. 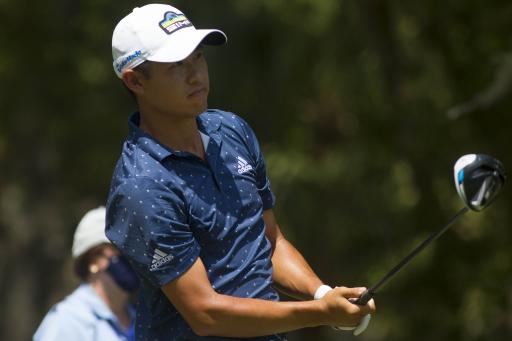 The Hero World Challenge is an exclusive event on the PGA Tour that is hosted by Tiger Woods in the Bahamas.

Albany Golf Course is the home of the tournament and the 20-man field is star-studded with major champions and PGA Tour winners.

Former FedEx Cup winners such as Rory McIlroy, Jordan Spieth, Justin Thomas and Justin Rose will tee it up in paradise this week, as well as Collin Morikawa who became the first American to win the Race to Dubai last month.

With a win at the Hero World Challenge, Morikawa could become the number one golfer in the world and move ahead of Jon Rahm, who is not playing this week.

Team Europe Ryder Cup members Viktor Hovland, Tyrrell Hatton and Matthew Fitzpatrick are in the field, as is Henrik Stenson and The Match competitors Brooks Koepka and Bryson DeChambeau.

As there are only 20 players at the Hero World Challenge this week, we have two betting selections for you to choose from.

Morikawa could become just the fourth player in history to be World No. 1 before the age of 25. Tiger Woods, Rory McIlroy and Jordan Spieth are the other players in this club.

The two-time major champion was brilliant in Dubai when winning the DP World Tour Championship, making crucial birdies in the home stretch to win the event by three shots.

9/1 is a very nice price for a player who has history in his sights. He made eight top-10's in 23 PGA Tour events in 2021 and he has recently finished second at the CJ Cup.

Koepka is overpriced at the best of times on the PGA Tour and in such a small field, 22/1 is a huge price for the four-time major winner.

Koepka was on scintillating form when he beat Bryson DeChambeau in The Match last week. He was dialled in and his putting was very good.

Even after three consecutive missed cuts back in December 2020 and January of this year, he won the Waste Management Phoenix Open to stop the rot. The point is, although he has shown poor form on the PGA Tour, he is always capable of winning.

NEXT PAGE: TIGER WOODS: THE MASTERS IS UNLIKELY BUT COULD HE RETURN AT ST. ANDREW'S?