The PGA Tour is staying in Hawaii this week at the Sony Open, so could Matt Jones continue Australia's hot form in the state this week? 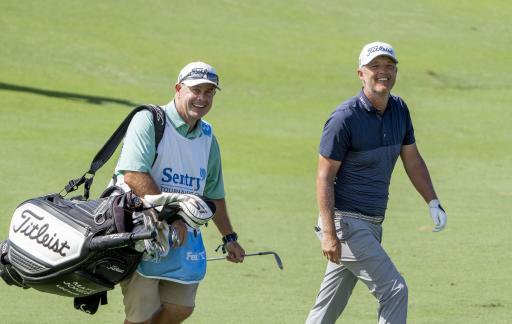 The PGA Tour is currently in its Hawaiian swing, which is an absolute treat for fans of incredible landscapes and immaculate golf courses.

Cameron Smith was in fine form last week at Kapalua Resort. He finished one shot ahead of Jon Rahm to win his fourth PGA Tour title and set the record for the lowest winning score ever on tour.

He is back and it is no surprise that he is the betting favourite this week for the Sony Open, which has been held at Waialae Country Club since the event's inception in 1965.

Unfortunately, Bryson DeChambeau has had to withdraw from the event with a wrist injury. Nonetheless, we still have a strong field with players such as Webb Simpson, Hideki Matsuyama and Sungjae Im teeing it up.

Matt and Andy have two selections each for the Sony Open with some previous favourites and some big prices.

He is an experienced major champion who was eighth in birdie average in 2021. His scoring power is very good and this could be ideal at a tournament that has a low-scoring record of 27-under-par.

Kevin Kisner won the Wyndham Championship in a dramatic playoff at the end of last season and he also finished second at the RSM Classic.

These finishes were two of only four top-10 finishes last season for the 37-year-old, but he was ranked in the top 25 in driving accuracy percentage and total putting, which are promising statistics for the Sony Open.

RELATED: BRYSON DECHAMBEAU FORCED OUT OF THE SONY OPEN ON THE PGA TOUR

Matt Jones was desperately unlucky to shoot 32-under-par at the Sentry Tournament of Champions and not win the event. He broke the record for the lowest score in 72 holes on the PGA Tour, but Smith went two shots better.

Jones is a two-time PGA Tour winner and it is important to catch players while they are hot. He shot a 61 in the final round at Kapalua, so his scoring power is at its peak at the moment. 45/1 is a very generous price.

Chris Kirk has admittedly not played his best golf for a period of time now, however, he has finished second twice at the Sony Open in his career, most recently in 2021 when he finished one shot behind Kevin Na.

He is a four-time PGA Tour winner and last season, he made 24 cuts in 26 events. This means that he often has a chance to place and at 90/1, this is another generous price.

NEXT PAGE: MAX HOMA WAS STOLEN FROM, REACHES OUT TO THE INTERNET FOR HELP