Max Homa was STOLEN from, reaches out to the Internet for help

Max Homa had something sentimental stolen from his valuables pouch at the Tournament of Champions so he reached out to his social media following for help. 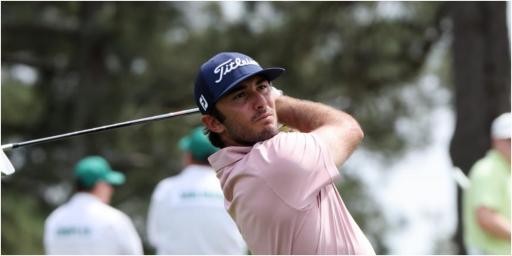 Max Homa, the social media swing sniper and professional roaster, was the victim of a crime at the Tournament of Champions.

It appears that someone stole something Homa treasures - a pitch mark repairer - by reaching into his valuables pouch.

That little, purple divot tool made by Scotty Cameron is reportedly hard to come by as they don't make them anymore.

So Homa reached out to the Internet for help and they responded in kind.

In Hawaii someone stole my valuables pouch from my bag. I don’t care about most of the contents but I had this @ScottyCameron divot tool in there and it meant something to me. They don’t make it anymore. If anyone has one and is willing to sell it I’d be very appreciative! pic.twitter.com/D7RYKryslL

Related: Max Homa reacts to his first ever albatross

We found one!!! Thx so much to @pinhighright15 for saving the day and thank u to everyone who reached out!! https://t.co/UaYFlPBm3C

It didn't take long and Homa said someone will be sending one his way.

There were also accusations his PGA Tour pal Joel Dahmen might have been involved.

Homa is a three-time winner on the PGA Tour.

He played last weekend where he finished in a tie for 15th in a weekend of ridiculous scoring.

Homa memorably won the Fortinet Championship in 2021 and stood with a beaming smile alongside his hero Tiger Woods with the trophy.

The 31-year-old could have a big, big year on the PGA Tour.

Don't be too surprised if he wiggles his way into the Presidents Cup team.

His pal Dahmen also played at the weekend and was perhaps a victim of one of the unluckiest breaks we have seen for some time.

Just how did this not go in?