Justin Thomas took to social media to defend the excellent scoring at the Tournament of Champions, which saw Cam Smith reach a new record low total in PGA Tour history. 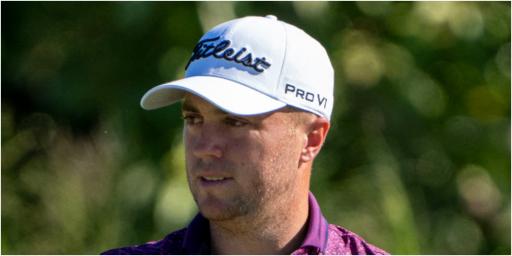 Justin Thomas, on a typical week on the PGA Tour, would have walked away with another title at the Tournament of Champions.

But in Kapalua it was anything other than ordinary and instead Thomas' 25-under over four rounds was only good enough to finish fifth.

Thomas started poorly with a 1-over par 74 at the Plantation Course but then went on a blistering run.

He improved on that 74 by six shots and signed for a 67 in the second round. But by the end, he finished nine shots off champion Cam Smith.

Related: Justin Thomas shares his happy place in the off-season

This!!!! Soft greens and no wind always equals low scores, period. No matter the length https://t.co/rFK3JMvOkS

Thomas, 28, did sign for a magical 61 to grab the course record - only for a matter of hours - as Jon Rahm then equalled it.

Quite simply, the scoring in Hawaii was ridiculous. Of course, the conditions did have some say in how they played.

There wasn't as much wind and instead those devilish par-3s became so much more inviting.

Surely, there isn't a course in the world that these PGA Tour pros wouldn't anihilate given the right conditions.

Thomas took to social media after some negative comments about the scoring.

He jumped on a post from the popular No Laying Up podcast, where he recently appeared as a guest.

Thomas usually sits in on the podcast once a year and on his last appearance detailed his mental health struggles.

He spoke about the Ryder Cup, a dissapointing 2021 and how close he is with the Tiger Woods and his family.

Thomas is not playing the Sony Open, a peculiar decision considering the success he's had there.

He also boosted himself up the official golf rankings with his performance last weekend.

Thomas is now fanked fifth in the world.

We will next see Thomas play at the Farmers Insurance Open.