Louis Oosthuizen hasn't won on the PGA Tour in 12 years, but could it finally be his week at the Valspar Championship? 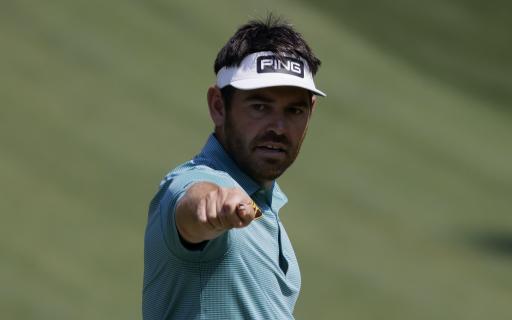 Viktor Hovland was the closest call for Andy and Matt last week at The Players Championship. The Norwegian came tied 9th in what was another solid week for the World No.3. Let's see what the lads are tipping this week at the Valspar Championship.

The Valspar Championship will play host to five of the top 10 players in the world rankings at the Copperhead Course at Innisbrook Resort.

Viktor Hovland, Collin Morikawa, Dustin Johnson, Justin Thomas and Xander Schauffele are all teeing it up in Palm Harbour this week and they are all fancied to go close on Sunday.

In 2021, Sam Burns won this very tournament to seal his maiden PGA Tour victory. He went on to win the Sanderson Farms Championship at the beginning of the current season too.

After a disappointing final round at The Players Championship last week, Burns will be looking to return to form at a place where he has tasted victory before.

Let's take a look at Matt and Andy's betting tips for the Valspar Championship:

Related: Four new venues to stage final qualifying for The Open in 2023

This performance at TPC Sawgrass could ignite the 44-year-old's season. He has won three times on the PGA Tour and two of them have come at the Valspar Championship.

It is a boring selection but you know what you get from Hovland. He is very consistent and in eight PGA Tour events in the 2022 season, he has made four top-10's.

He has already won on the DP World Tour and at Mayakoba in the last five months and he has risen to number three in the world rankings. I  still think 11/1 is a generous price.

Louis Oosthuizen hasn't won on the PGA Tour since The Open Championship in 2010. In 2021 alone, he finished second on four occasions and twice at major championships.

He finished runner-up at the Valspar Championship in 2019 and in eight appearances at the event, he has three top-10 finishes. I certainly won't give up on the South African at 20/1.

Next Page: PGA Tour: How much did each player win at The Players Championship?