The Zurich Classic of New Orleans is a fantastic team event on the PGA Tour and Patrick Cantlay and Xander Schauffele are among the favourites. 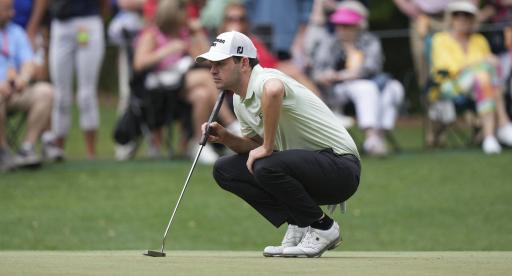 Andy from GolfMagic came within inches of landing another great selection at the RBC Heritage. Patrick Cantlay, 20/1, played superbly at Harbour Town but he lost in a playoff to Jordan Spieth. We are back this week with four fresh selections for the fun Zurich Classic of New Orleans.

Patrick Cantlay lost in a playoff for the second time this season at the RBC Heritage last week, but he is back with his match play partner Xander Schauffele at the Zurich Classic of New Orleans.
The American pair are among the favourites competing at TPC Louisiana. Rounds one and three are played in the fourball format and rounds two and four are played in the foursomes format.
World No.1 Scottie Scheffler is back to play alongside Ryan Palmer and Shane Lowry will team up with his European Ryder Cup teammate Ian Poulter.
It will be a fun, relaxed but competitive week on the PGA Tour and GolfMagic have four fresh selections for the Zurich Classic of New Orleans.

What more is there to say about Scottie Scheffler. He has won four times in his last six events, he is now a major champion after winning The Masters and he is a solidified World No.1.

Ryan Palmer won this event with former World No.1 Jon Rahm in 2019 and they also finished seventh last year. The tournament specialist and the best golfer on the planet could be a great team.

Will Zalatoris has been fantastic in 2022. He has made four top-10's on the PGA Tour which includes top-class field events at The Masters and the WGC Match Play.

As for Davis Riley, he impressively finished second at the Valspar Championship and although he missed the cut at the RBC Heritage, he and Zalatoris make for an exciting young duo.

Cantlay and Schauffele earned two points together at the 2019 Presidents Cup and another two points at the 2021 Ryder Cup. They could prove to be a fruitful partnership in Avondale.

Cantlay, the reigning FedEx Cup champion, has finished second twice this season and although Schauffele has just one top-10 this season, a laid-back event could be the ideal way to return to form.

Burns has won the Sanderson Farms Championship and the Valspar Championship this season and between them, the American pair has eight top-10s in 2022.

Next Page: Australian golfer shoots spectacular round of 15-under (!) 57