Rory McIlroy won the Arnold Palmer Invitational in 2018 and his appearance this week at Bay Hill will only be his second PGA Tour stop of 2022. 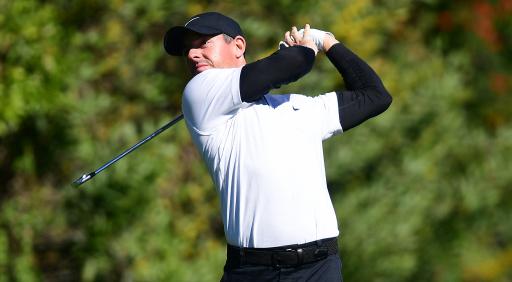 Rory McIlroy is back at the Arnold Palmer Invitational this week which is one of the most prestigious events on the PGA Tour schedule.

The tournament takes place at Bay Hill where it has always been played since 1979. Most of the holes feature water and the last couple of years have seen blustery conditions.

Bryson DeChambeau won his eighth PGA Tour title in Florida last year after he beat Lee Westwood by one shot, very much a battle between two players at opposite ends of their careers.

Tiger Woods has won this event on eight occasions which is unsurprisingly a record. He is the only player in PGA Tour history to win the event more than twice.

Matt and Andy hit the bar once again when selecting Daniel Berger last week after he squandered a five-shot lead at the Honda Classic. Take a look below at this week's selections.

Jon Rahm has been playing consistently but his putting has been a distinct weakness in his game. However, he is ranked first for strokes gained off the tee and second in strokes gained from tee to green.

He has hit 78.03% of greens in regulation which is also better than anyone else. The World No.1 is the favourite this week and based on his long game, his putting is the only thing holding him back from a seventh PGA Tour win.

Scottie Scheffler finally won for the first time on tour at the WM Phoenix Open, which could open the floodgates. Scheffler came 15th at the Arnold Palmer Invitational in 2020.

In nine events, he has finished in the top 10 on four occasions and he also came second at the Houston Open. Scheffler hasn't reached his peak yet and 16/1 is a very good price for one of the best players in the world right now.

McIlroy is a former winner of this event. The Northern Irishman appears to be playing and planning on the PGA Tour very meticulously in 2022, so his focus could be honed in on this week.

His record at Bay Hill in the last five years reads like this: fourth, win, sixth, fifth and 10th. He clearly feels comfortable at the tournament and a tied 10th finish at the Genesis Invitational suggests he comes in here with solid form and confidence.

Marc Leishman also won this event in 2017 and he finished second in 2020, one shot behind Tyrrell Hatton. Leishman is a six-time PGA Tour winner and has grown a winning pedigree.

So far in the 2021/2022 season, Leishman has made six top-25's in eight events. He is ranked seventh in birdie average and 13th in overall strokes gained.

Next Page: Will Dustin Johnson be World No.1 again or is his time spent?