Will Dustin Johnson be world number one again or is his time spent?

Dustin Johnson is now number nine in the world. Will he return to the top or is he past his best? 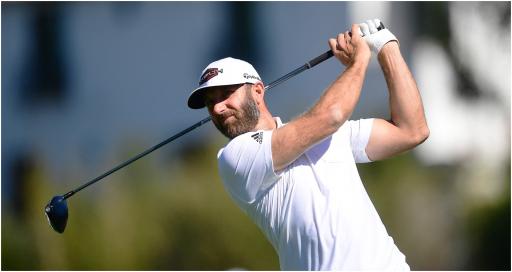 It seems difficult to believe it is now two years ago that Dustin Johnson won the Masters with a record total of 20-under par.

Since then, things have been going the wrong way for DJ. He's slid down the rankings and now finds himself at number nine in the world.

Johnson's peak came in 2017 when he rose to the world number one for the first time in his career. In total, he spent 139 weeks at the summit.

Now 37 years old, we know that golfers' time at the top is borrowed. Is his time spent as an elite force or will he return?

In 2017, Johnson won on four occasions. Those wins came at the Genesis Open, WGC Mexico, WGC Dell Technologies Matchplay and The Northern Trust.

A year later he won the Tournament of Champions, the FedEx St. Jude Classic and the RBC Canadian Open.

In 2019, he won the Saudi International and the WGC Mexico Championship again.

Johnson won the Travelers Championship in 2020, the Northern Trust and then the Masters at Augusta National with a margin of victory of five strokes over Cameron Smith shooting two sublime 65s, a 68 and a 70 en route to the memorable win.

Of course, his Ryder Cup performance was phenomenal. He joined a rare club with his brilliant week, becoming only the fifth player to go 5-0-0 in the tournament's history.

The last American to do that was Larry Nelson in 1979. Arnold Palmer, Francesco Molinari and Gardner Dickinson are the only other players to do.

He's only played twice on the PGA Tour so far this season and managed two top-10s but was far away from challenging. He's not used to being the chaser.

Johnson was one of a number of high-profile players heavily linked with the infamous Saudi startup league.

To some, that proposal was simply about being released from the shackles of the PGA Tour and something new.

To others, it was just a case of taking the money and running.

Lee Westwood memorably said that if someone was offering him tens of millions of dollars to play golf when he's in his 40s it is "a no brainer".

Was Johnson one of this club? Does the fire still burn to compete against the best? A bit of both?

Of course, when Johnson retires he will be looking back at an extremely accomplished record.

If he were to retire today, he would count 24 PGA Tour titles, nine European Tour victories and two major wins.

Winning in golf is hard to come by and Johnson is very, very good at it.

As he heads - or does the DJ strut - into his 40s, the greatest strength he will have is between his ears.

Even his coaches seem to suggest as much. Claude Harmon III once said of Johnson: "Other than Jack and Tiger, you can make an argument that he has the best mind in the history of golf."

Johnson famously does not share a lot with the media. You get a lot of "yes" and "no" followed by: "I don't know".

That is not by accident, according to Butch Harmon. He calls him the sly fox.

It's perhaps one of the biggest strengths he has. Turn up, do a bit of media and then play. Find it and hit it. Ignore the noise.

Watching Johnson this year on the PGA Tour will be interesting.

Could he get back to the top?