Speaking during the telecast of the Tournament of Champions won by Dustin Johnson on Sunday, Monahan shed light on how the circuit avoided losing its exempt status and the focused lobbying effort by some high-profile players to have the provision removed.

A 14-line subsection included in an early version of the Senate tax-reform act late last year had threatened the PGA Tour's tax-exemption status as a 501(c)(3) public charity before being removed at the 11th hour - much to the help of Nicklaus.

“Our tax exemption status was compromised at the end of the year, in an early draft in the Senate bill,” said Monahan.

“When we found out it was in the Senate bill I called Jack [Nicklaus], I thought I was calling his office but it was his cell phone, and he whispered, ‘Hello.’ I said, ‘I need your help and explained the situation.’ He said, ‘I’m in the middle of a field in upstate New York and if you work with my office we’ll get this thing going.’” 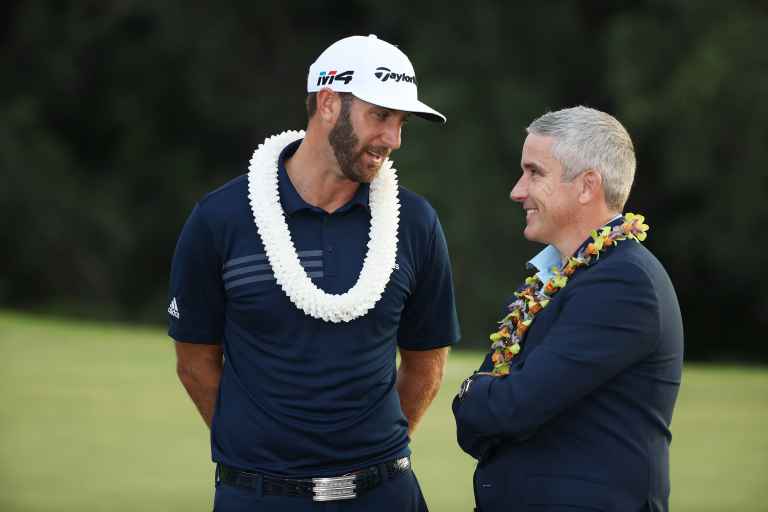 The provision was removed from the final version of the bill. Had the Tour, as well as the PGA of America and LPGA Tour, lost its tax-exempt status it would have dramatically changed the way they do business.

Davis Love III also lobbied on the Tour’s behalf, travelling to Washington, to meet with members of the Senate Finance Committee just a week after having hip surgery.

“It’s pretty amazing Jack and Davis reaching out like that. They wrote letters and called members of Congress, members of the Senate Finance Committee,” added Monahan.

When Congress was considering similar legislation in 2015, then-Tour commissioner Tim Finchem argued in a letter to the Senate Finance Committee that a loss of tax-exempt status would require the Tour to significantly modify its structure and would “drastically reduce the available tax incentives to attract charitable corporate support.”