Hideki Matsuyama will get a hero's welcome as the PGA Tour heads to Asia for the first time since 2019. 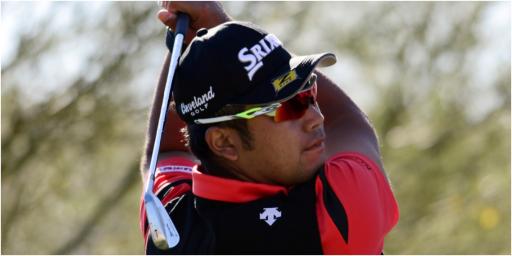 The PGA Tour is headed back to Asia for the first time since 2019 after the pandemic turned the world on its head.

There is a strong field making the long trip over that includes Collin Morikawa who couldn't defeat Rory McIlroy in the Las Vegas desert at the CJ Cup at Summit.

Matsuyama is the winningest Japanese golfer of all time with six wins that included his glorious Augusta National triumph.

Justin Thomas is working on "UNCOMFORTABLE" shots ahead of Hero World Challenge
Tiger Woods' yacht is MOORED in Albany, fuelling speculation over appearance

There will of course be no Tiger Woods who won this championship in 2019 and is still recovering from his car crash.

They are playing at the Accordia Golf Narashino Country Club which is a par-70 layout playing at 7,041 yards.

The reigning champion is Patrick Cantlay, who overcame a four-stroke deficit through 54 holes which was played at the Sherwood Country Club in the United States.

Let's take a look at the field and their selected odds:

Here are our betting tips:

In this young man's case the head and the heart say Morikawa. He's in glistening form. He carried his glistening Ryder Cup form through to the CJ Cup at Summit in Las Vegas and carded his lowest ever round on the PGA Tour with a Sunday 62. His price doesn't represent great value, though.

Fowler has been down in the doldrums for the past 18 months. But after visiting his old swing guru Butch Harmon he's rediscovered his form and proved in Las Vegas that it wasn't just a flash in the pan. On his third round he found all 18 greens in regulation.

Casey is a bit of an outsider but has performed well at this course in the past. He tied for 17th last time out when Tiger Woods claimed the title. He's been playing well on the PGA Tour and the tight course will suit his game.

RELATED: SELF-REFLECTIVE MCILROY ADMITS "BEING ME IS ENOUGH"

MORE: ARE YOU ALLOWED TO USE A GOLF CLUB TO REPLACE FLAGSTICK?

PGA tour
zozo championship
odds
betting tips
Tiger Woods
Previous
PGA Tour: How much did each player win at the CJ Cup?
Next
Tyrrell Hatton SHOUTS F-BOMB in final round of CJ Cup on PGA Tour