Xander Schauffele is looking forward to returning to the ZOZO Championship in the same nation that he won the Olympic gold medal. 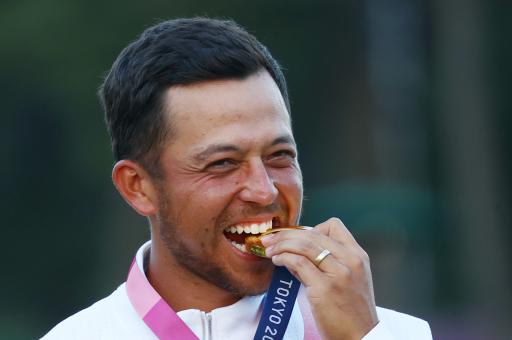 Xander Schauffele is excited about his "extra-special" return to the ZOZO Championship to play in front of the adoring Japanese golf fanatics.

The ZOZO Championship comes back to Narashino Country Club in Japan. The last time it was held there was in 2019 when Tiger Woods won by won three strokes from Hideki Matsuyama.

Schauffele will be hoping to find his first PGA Tour win since the Sentry Tournament of Champions in 2019. The man from California came second three times in the 2021 season.

However, during the summer, he joined an exclusive club of just four golfers who have won an Olympic gold medal at the Kasumigaseki Country Club in Saitama.

Tiger Woods' yacht is MOORED in Albany, fuelling speculation over appearance
Tiger Woods' tournament is this week in Albany, here's all YOU need to know

Schauffele finished one shot ahead of Rory Sabbatini to confirm his place at the top of the podium, but unfortunately, there were no fans to celebrate the victory with.

"Everyone's kind of done the quarantine and travel rules to support me, which is nice. It is extra special to return to Japan," said Schauffele ahead of the ZOZO Championship.

"And the fans will be the ones that also sort of make it special or make me relive my good moments. I remember the first time we played the ZOZO, I was paired with JT and Rory and it was like five to eight deep on the first hole and people are going nuts.

"The people in Japan love golf and it's always nice to play in front of them, even if it is a limited number. I’m looking forward to it for sure.

"It’s always really cool to get announced on the first tee as the gold medalist and that will be like that for quite some time which is just nice and I'll take full advantage of that."

The 27-year-old already has links to Japan as it is where his grandparents reside, so it is set to be a special week for Schauffele.

The four-time PGA Tour winner had a very consistent season in 2021. He made eight top-10 finishes in his 22 starts, not to mention his Olympic gold medal and an impressive rookie appearance at the Ryder Cup.

The World No. 5 has been on the edge of picking up his fifth win but he has fallen short on many occasions. The presence of his family and an amazing set of fans in Japan could spur him on that bit extra this week.

NEXT PAGE: CAN YOU PERFECT THE IMPOSSIBLE "FLY IT IN THE SOLO CUP" CHALLENGE?