"I'm not afraid of ANYONE": PGA Tour champion to begin course reporting role

Matt Every has won the Arnold Palmer Invitational twice in his career, but now he has undertaken a different role with Golf Channel. 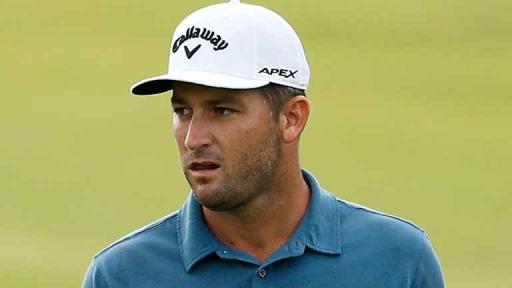 Matt Every will be walking the fairways at Sea Island Golf Club in Georgia this week, but this time, as an on-course reporter.

The two-time PGA Tour winner will be working for Golf Channel at the RSM Classic, giving his thoughts from on the course at the PGA Tour's final event of 2021.

He will also be reporting for the popular American platform at the PNC Championship in Orlando next month. This announcement comes after Every experienced a recent poor run of form on the PGA Tour.

The 37-year-old has failed to make the cut in each of his last 22 events and he has admitted that he doesn't want to drop down to plug away on the Korn Ferry Tour.

"I think it’s going to be good for me to do something different. I was going through the motions for quite a while. Mentally I wasn’t there," Every said.

"I think I became jaded and you can’t fake the hunger of a 25-year-old who’s never tasted success before vs I’m 37 and not getting any younger. I already didn’t practice a lot and it probably caught up to me.

"I’m a little different, I do have some edge to me but I’m not out of control, though. I know what’s right and wrong. And I’m not afraid of anyone out here.

"I’ll say what I want to say. I think some people might be afraid I will slip up and say something stupid, but those are people that don’t really know me."

Every won the Arnold Palmer Invitational in 2014 and he followed this up with another win at Bayhill in 2015. But unfortunately, his form has taken a dip in 2021.

RELATED: MEET THE SIX PLAYERS WHO CAN WIN THE RACE TO DUBAI ON THE EUROPEAN TOUR

He withdrew from the Butterfield Bermuda Championship after the first round, but now he is excited to take up a broadcasting role.

Every has previously been involved in controversial news on the PGA Tour. In 2019, the tour banned him for 12 weeks after testing positive for cannabis.

Nonetheless, this is behind the man from Florida now and he admitted that for now, his hunger for competition is non-existent.

"I don’t have it in me mentally to go grind on the Korn Ferry (Tour) for a year," Every added.

"There’s no chance. That’s me being honest with myself. I don’t want to miss what’s going on in my kids’ lives and it wouldn’t work."

Equipment news
In the Bag: Matt Every