Jack Nicklaus has questioned the work ethic of the PGA Tour's current players. 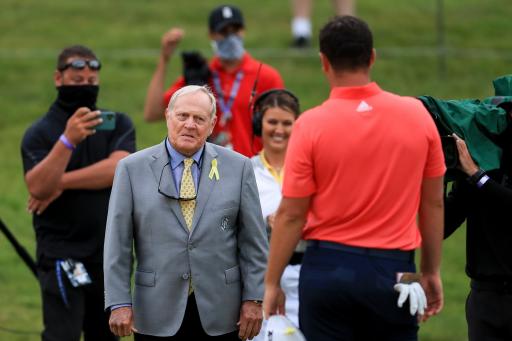 Jack Nicklaus is arguably the greatest golfer of all time, with the only other player worthy of comparison being Tiger Woods. Nicklaus has a lot of respect for what Woods has accomplished and he believes that the PGA Tour's current players lack the work ethic that made the 15-time major champion so successful.

Since Nicklaus last made an appearance on the PGA Tour, golf has changed dramatically. Courses are longer, equipment is technologically more advanced and the money up for grabs week in week out has increased more than Nicklaus could have ever imagined back in his prime.

At the top of the PGA Tour Career Money Leaders list sits Woods, who has earned a whopping $120,698,445 (starting to wish I'd tried harder at this sport).

Nicklaus, who won 73 times on tour and holds the record for most major championships with 18, sits 293rd in that list, behind players who have never even won a tournament in their life.

Speaking to the media prior to the Challenge Tour's Ally Challenge last week, won by Jim Furyk, Nicklaus slammed the work ethic of the PGA Tour's current players, who he believes have an easy ride making millions of dollars without winning an event.

“I think a lot of guys, they look — they’re out there, they don’t win a tournament and they win $3 million or $4 million in a year,” Nicklaus said. “And a lot of them say, I don’t want to work as hard as Tiger Woods worked. They say, I know I can’t compete with them anyway, I’m quite happy where I am.”

Of course back in Nicklaus' heyday, the money was a little different, with the biggest prize earned by the Golden Bear being $144,000 when he won the 1986 Masters, but for Nicklaus, it was never about the money.

“I don’t think it should be that way. I think everybody should try to — everybody’s different, but I think they should try to be the best,” he added. “That’s what I always tried to be. It didn’t make a difference what we were playing for when I played. I couldn't care less about prize money. It was that I wanted to win, and I wanted to be the best, and that was my — I think a lot of money disincentivises that a little bit.”