From Monday Qualifier to Millionaire! The magnificent story of Steven Alker

The man from New Zealand had no playing status on the PGA Tour Champions in July, but now he rubs shoulders with icons of the sport. 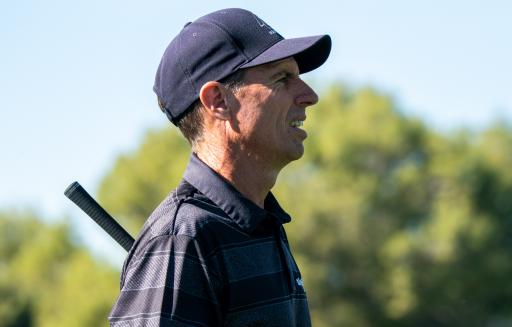 When Steven Alker entered the Monday qualifying event for the Boeing Classic back in August, he probably didn't have very high hopes.

He arrived at the event off the back of 29 appearances on the Korn Ferry Tour and just one top-10 finish in that time, not to mention 15 missed cuts.

But he qualified, so the man from New Zealand had the chance to find his magic touch again. Not only did he play well in Washington that week, but he also finished tied seventh and this began a sequence of incredible performances.

The 50-year-old finished third at the Ally Challenge in the next event and then two weeks later, he finished tied ninth at the Ascension Charity Classic in St. Louis.

He made three more consecutive top-10 finishes on the PGA Tour Champions and he qualified in the top 36 players for the post-season Charles Schwab Cup events.

Moments like these make all the hard work worth it. pic.twitter.com/OnWOuJiisx

Alker won the second post-season event, the TimberTech Championship, after finishing in the top-10 yet again the week before at the Dominion Energy Charity Classic in Virginia.

It was an emotional win for Alker and his caddie Sam Workman, who is said to have caddied in over 400 tournaments for various golfers, and the TimberTech was his first win. He took the flag on the 18th green as a memento.

After his win, Alker said the duo just "kept surviving." Well, he has done more than just survive in these last couple of tournaments.

Alker entered the final event of the season, the Charles Schwab Cup Championship, rubbing shoulders with legends of the game when three months ago, he could barely prosper on the Korn Ferry Tour.

He agonisingly went on to finish one shot behind six-time major champion Phil Mickelson at Phoenix Country Club. Nonetheless, his incredible season came to an exciting end after an unprecedented run of form.

The weekend was a special one for Alker as he has lived in Phoenix for the last 12 years. His friends and family saw him compete with Mickelson, Darren Clarke and Jim Furyk.

From the day he qualified on the Monday before the Boeing Classic, Alker has earned over $1 million. It has been an amazing period for the four-time Korn Ferry Tour winner.

RELATED: "IF ANYBODY NEEDS ME I'LL BE ON MY COUCH": JUSTIN THOMAS SHARES HIS HAPPY PLACE

He has been a professional golfer since 1995 and he has certainly played the long game to experience his best days on tour.

NEXT PAGE: THE NEVER-ENDING DEBATE RAGES ON: SHOULD HOODIES BE ALLOWED ON THE GOLF COURSE!?