US Open champion Jon Rahm is back on the PGA Tour at the Sentry Tournament of Champions, but what is in the World No. 1's bag in 2022? 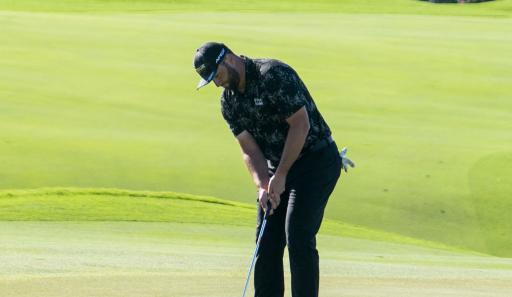 Almost 12 months ago to the day, Jon Rahm signed an equipment deal with Callaway and he wasted no time in proving the doubters wrong over his move.

Rahm made the biggest breakthrough in his professional career when he won the US Open at Torrey Pines in June. He finished in the top 10 of the other three major events too.

He incredibly made 15 top-10's in 22 events and he only missed one cut on the PGA Tour in 2021. He would also have won the Memorial Tournament barring a catastrophe, had he not tested positive for Coronavirus.

He won the PGA of America Player of the Year award after finishing second at the Tour Championship. He has now established himself as World No. 1 for a sustained period of time.

Although he was part of Team Europe that was humbled by America at this year's Ryder Cup, Rahm performed admirably and it may have been this event that caused his burnout at the end of the season.

The Spaniard missed the cut at the Andalucia Masters in October. He had earned a much-needed break with his wife and child and he is currently three shots behind Cameron Smith after two rounds of the Sentry Tournament of Champions.

NEXT PAGE: IAN POULTER MOCKS TYRRELL HATTON AS HIS GOLF CART RUNS OUT OF BATTERY