Jordan Spieth and Rickie Fowler practise together ahead of RBC Heritage

Jordan Spieth and Rickie Fowler are looking to put recent poor form behind them when they tee it up tomorrow at Hilton Head Island. 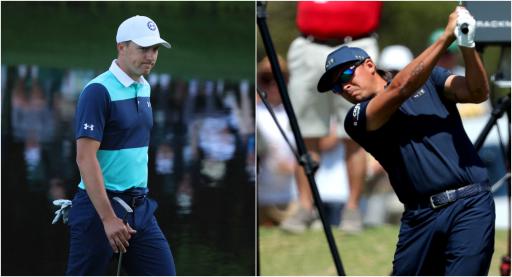 PGA Tour fan favourites Jordan Spieth and Rickie Fowler teed it up together in a practice round ahead of the RBC Heritage this week.

Both players were filmed by the PGA Tour working on their games ahead of what will be a competitive week with a strong field at Harbour Town Golf Links.

Spieth, who has only made one top-10 at this tournament in his career, missed the cut for the first time at The Masters last week and this is a sign of his inconsistencies in 2022.

He finished tied 35th at the Valero Texas Open earlier this month, an event which he won in 2021. So far this season, he has made one top-10 and missed three cuts in 10 starts.

His putting used to be immense and it was an attribute that led him to three major titles. Currently, he is ranked 180th in strokes gained in putting.

Related: Phil Mickelson files entry for US Open after skipping The Masters

As you can see in the footage, Spieth is still working on recent swing changes and his new pre-shot routine as he aims to win his 13th PGA Tour title.

For the second consecutive year, Fowler missed out on The Masters and he is winless on the PGA Tour since picking up his fifth career victory at the Waste Management Phoenix Open in 2019.

He pushed Rory McIlroy close in the CJ Cup at the start of the season, but this was Fowler's only top-10 to note.

Despite recent struggles, Spieth and Fowler found time in their practice round to sign some souvenirs for a pair of young golfers in South Carolina.