Phil Mickelson files entry for US Open after skipping The Masters

Phil Mickelson has been absent from the PGA Tour since the end of February after his involvement with Saudi Arabia, but could he return at the US Open? 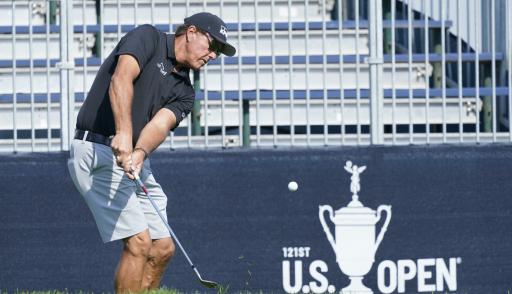 Six-time major champion Phil Mickelson has filed an entry for the US Open which is set to be held at The Country Club at Brookline in June.

The US Open is the only piece that Mickelson needs to complete his major grand slam puzzle, but it has always eluded him. He has come second an incredible six times.

Lefty was expected to tee it up at Augusta National last week as he is a three-time winner of The Masters, but his absence from the PGA Tour continued.

His name appears on the Entrant Lookup section of the USGA's website. This doesn't confirm his definite attendance, but it certainly shows his intention to play.

Related: Masters winning bag: What clubs did Scottie Scheffler use at Augusta National?

Mickelson has been absent from professional golf since it emerged he attempted to work with Saudi Arabia in order to create a rival golf series. He justified his collusion by claiming to gain leverage over the PGA Tour and force improvement.

The 51-year-old then released a statement on February 22, apologising for his use of strong language when describing the Saudi regime and its alleged atrocities and his actions in working against the tour.

However, he also described those behind the Saudi-backed league, now the LIV Golf Invitational Series, as "visionaries" and he insisted his original words were made off the record to journalist Alan Shipnuck.

Prior to the public revelation of his involvement with the Saudis, Mickelson accused the PGA Tour of "obnoxious greed" in relation to the tour owning the media rights of players.

Things went downhill very quickly for who is one of the most popular golfers in the world. His reception at Brookline would certainly be very interesting.