"I want a 10-day stretch of peaking from Thursday through the next Sunday," Spieth said as he prepares to defend his title at TPC San Antonio. 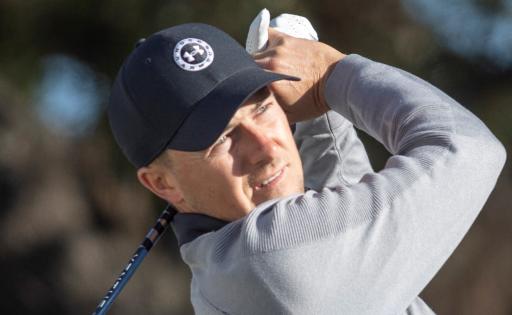 Jordan Spieth admitted that he will be hitting shots at the Valero Texas Open this week, hoping to peak for The Masters next week.

Spieth won this event a year ago which was his first victory on the PGA Tour since 2017. He then went on to finish third at Augusta National.

The 28-year-old has a fantastic record at The Masters. He won his first major title there in 2015 and he has finished second twice and third twice since his debut in 2014.

However, the three-time major champion has not found his best form on the PGA Tour this season. He has one top-10 in eight events and he was eliminated from the WGC Match Play in the group stages last week.

"I want a 10-day stretch of peaking from Thursday through the next Sunday, so I’m trying to save energy," Spieth said.

"I did that a lot last year, too, and I felt like I was primed by Sunday. I’m just trying to do the exact same thing, which is not very different from any other week to week as well.

"I would say maybe a little bit more dialling on a couple of shots, thinking about next week, and that could only help for this week.

"I feel like this year I’ve been actually striking the ball better than I was coming in last year throughout 2022, thus far.

"I've got a little bit to show for it, but not a ton and a lot of that just comes down to knocking putts in. So I’ve just got to get a little sharper on the greens.

"I arrived back here and I don’t think about the first however many times I’ve played this place; last year is really what comes to mind.

"It was just a really cool week because it was just a monkey off the back, less about what I put on myself and more about just having to answer the questions and I just kind of got annoyed with that."

As we have seen from his pre-shot routines, Spieth has made some swing adjustments in recent weeks and for now, his statistics on the PGA Tour will need to improve if he is to pick up his 13th tour win.