Jordan Spieth's new PUTTING TECHNIQUE could take him back to the top!

Jordan Spieth and his caddie Michael Greller are trying a new putting technique in preparation for the 2022 PGA Tour season. 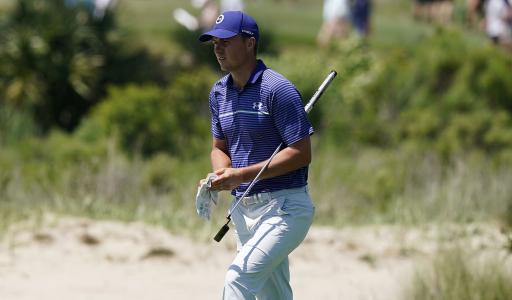 Jordan Spieth and his caddie Michael Greller are set to adopt a new putting method in order to make vital gains for the 2022 PGA Tour season.

Spieth, the winner of three major championships and 12 PGA Tour titles, intends on using AimPoint, which is a system that uses the feet to read a slope and also your fingers to assess the gradient of the green.

The 28-year-old consulted John Graham who is the putting coach of close friend Justin Thomas. Spieth is looking for an 'edge' to his putting and he wants Greller to begin his studies on this new technique.

"I told him I try to look for an edge. It would be cool to gain a little edge by learning a skill you don’t have. In the past I would do Trackman seminars, stuff that here or there could mean a stroke," Spieth said.

Many of Spieth's best wins have come as a result of incredible putting. His win at The Open Championship was a prime example of this, he holed many important putts while battling with Matt Kuchar in 2017.

Last season, the Texan did not reproduce these impressive levels. He was 33rd in strokes gained in putting however he was ranked fifth in the overall putting average.

But in 2015, when he won the US Open and The Masters, he was ranked first in the overall putting average and ranked ninth in strokes gained in putting. He was also ranked first in one-putt percentage.

It is clear that putting is key to Spieth's success. Although he bounced back in 2021 with a win at the Valero Texas Open, he has not completely returned to his best.

Four-time major champion Brooks Koepka also uses the AimPoint system to read greens on the PGA Tour, however, he admitted he doesn't use it as thoroughly as other players.