Jordan Spieth developed a bacterial infection in his stomach after taking antibiotics for a sinus infection, which led to a missed cut at Torrey Pines last week. 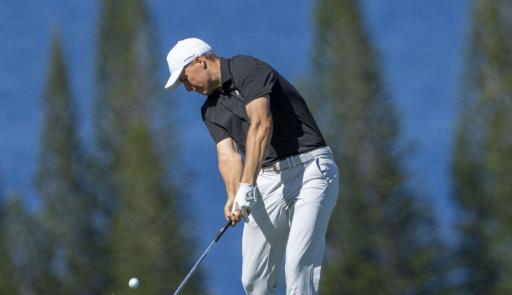 Jordan Spieth was hindered by a bacterial stomach infection which led to him missing the cut at the Farmers Insurance Open last week.

Spieth opened the tournament a week ago with a round of 70, but he shot a 78 on Thursday which meant he missed the cut, which he particularly hates doing.

The American didn't know the details of his illness until he finished his second round. He said he battled illness for about five or six days but he will be fit and ready for the AT&T Pebble Beach Pro-Am this week.

"I should probably be at 100 per cent by Thursday, would be my guess," Spieth said on Tuesday.

"I mean everything was just kind of running through me. I got a bacterial infection in my stomach and had to get on some meds and I didn’t know that until I finished my round Thursday, the second round.

"But the test had come back before I teed off and it was what they were testing for and I didn’t see it until I got done or I may not have played.

"It was about five or six days straight of it being pretty bad and I thought it was just going to get better and when it didn’t and when I was playing and I started to feel it while I was playing I was like, I got to go figure out what’s going on.

"My parents even, they were like, ‘Yeah, you just did not look like yourself on, whatever, PGA Tour Live or whatever."

Unfortunately, the three-time major champion ended his streak of 20 consecutive cuts made on the PGA Tour, which was the longest current streak.

Spieth told his caddie Michael Greller he felt some relief after missing the cut in San Diego as he certainly wasn't at his physical peak.

He played a practice round with Patrick Cantlay yesterday and he is ready to compete at the tournament which he won in 2017 and came tied third in 2021.