Jordan Spieth finished fourth at the Arnold Palmer Invitational last season, but he will not be returning to Bay Hill this season. 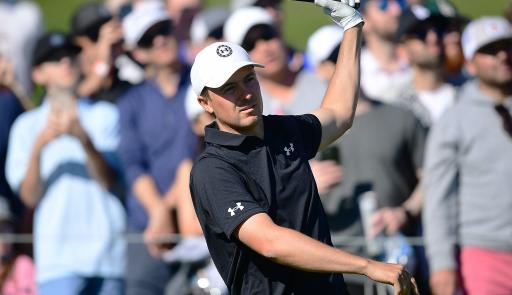 Jordan Spieth will reportedly miss the Arnold Palmer Invitational with his next appearance set to come at the Players Championship.

The Arnold Palmer is one of the biggest and most prestigious events on the PGA Tour which has been won eight times by Tiger Woods.

There is currently not a reason for Spieth's omission from the tournament, however, the three-time major champion only played in the event for the first time last season.

The 28-year-old played well at Bay Hill in 2021, finishing in a tie for fourth place five shots behind Bryson DeChambeau.

On the contrary, DeChambeau has committed himself to the Arnold Palmer Invitational and it will be his first appearance since returning from injuries to his wrist and hip.

#BREAKING: After commenting on it being an annual stop in the future, Jordan Spieth had opted to skip the Arnold Palmer Invitational at Bay Hill. pic.twitter.com/2V3SF18h3g

"After commenting on it being an annual stop in the future, Jordan Spieth had opted to skip the Arnold Palmer Invitational at Bay Hill," tweeted the Spieth Legion.

According to Spieth's official website, he will be back to the PGA Tour at the Players Championship at Sawgrass which begins on March 10. The event at Bay Hill kicks off next week on March 3.

Spieth began 2022 badly with a missed cut at the Farmers Insurance Open, but he put that behind him to finish second at the AT&T Pebble Beach Pro-Am.

The World No. 14 finished tied 26th at the Genesis Invitational last week and he is looking for his first win since the Valero Texas Open in 2021.