Rickie Fowler could fail to qualify for his second consecutive US Open after missing his sixth cut in his last 12 events on the PGA Tour this week. 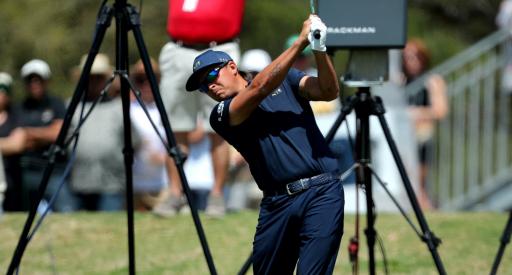 Rickie Fowler has entered a Monday qualifier for the US Open to be held at Kinsale Golf and Fitness Club & Wedgewood Golf and Country Club in Ohio.

Fowler also entered a Monday qualifier to get into the 2021 US Open as well, but he missed out on the event at Torrey Pines for the first time since 2010.

He is set to compete in the 36-hole event in Powell on June 6 and the US Open will begin on June 16 at The Country Club at Brookline, Massachusetts.

The 33-year-old is going through what is arguably the toughest stage of his career. He has plummeted to 138 in the world rankings having been as high as fourth.

Fowler also missed out on The Masters last week for the second consecutive season. He needed a win at the Valero Texas Open to play at Augusta National but he missed the cut.

The five-time PGA Tour winner also didn't make the weekend for the sixth time this season at the RBC Heritage, shooting scores of 76 and 74.

It is a sad thing when once such a bright, young talent could now be relying on a Monday qualifier to reach the US Open again. He came tied second at the event in 2014.

That year, Fowler also finished tied fifth at The Masters, tied second at The Open Championship and tied third at the PGA Championship. It is a mystery how he didn't pick up a victory during that season.

He is now winless in three years on the PGA Tour and despite showing promise at the CJ Cup at the end of 2021, his poor streak continues.