Patrick Reed CONFIRMED to tee it up at the Tour Championship 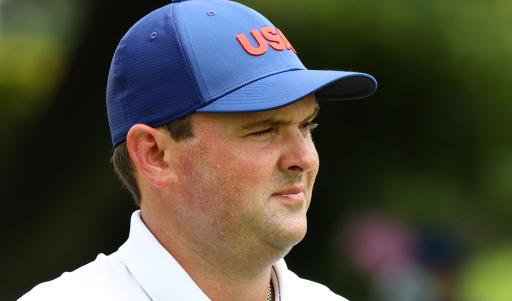 Patrick Reed has confirmed via his social media channels that he will be competing in this week's Tour Championship, the final event of the PGA Tour's FedEx Cup season.

Reed, 31, withdrew from the Wyndham Championship and Northern Trust as a result of an ankle injury, and he then was forced out of last week's BMW Championship due to being hospitalised with bilateral interstitial pneumonia.

Really appreciated everyone’s prayers and well wishes. Excited to get back out there and give it my best shot this week! pic.twitter.com/7XyVe5VDzj

But the 2018 Masters champion, who qualified in 30th position for the 30-man Tour Championship at East Lake, admits he is going to his best to compete this week.

"Really appreciated everyone’s prayers and well wishes. Excited to get back out there and give it my best shot this week!"

RELATED: BRYSON CALLS OUT CANTLAY AT THE BMW CHAMPIONSHIP!

Reed last competed on the PGA Tour at the WGC-FedEx St Jude Invitational in the first week of August when going on to finish tied 31st.

The man nicknamed 'Captain America' missed out on an automatic spot in Steve Stricker's US Ryder Cup side to face Europe at Whistling Straits in late September, however, Reed, if in a fit bill of health, will be an odds-on shot to earn one of six wildcard picks.

Reed finished 11th in the US Ryder Cup team standings.

RELATED: HOW THE TOP 30 LINE UP AT THE TOUR CHAMPIONSHIP AND THEIR STARTING SCORES

The nine-time PGA Tour winner last won on the circuit at the Farmers Insurance Open earlier in January - albeit after being accused of "cheating" by a large number of golf fans on social media.

Reeds tees off alongside US compatriot Billy Horschel in the opening two-ball of the Tour Championship on Thursday.

They will both have plenty of work to do since they start 10 shots off the pace, due to the staggered start where FedEx Cup leader Patrick Cantlay begins on 10-under par.