"Last year it was a little difficult": Matthew Wolff OPENS UP on the black dog

The PGA Tour was without the unique swing of the Texan for a while, but now he is back to his blistering best. 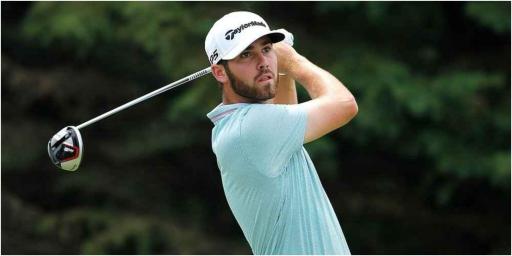 Matthew Wolff was one of the first big names in golf to step away from the game declaring issues with his mental health.

The Texan just wasn't happy with himself, with his game and needed to take a breather to take stock and recalibrate.

Now the 22-year-old has returned to the PGA Tour with a new lease of life.

His unique swing has taken him on a blistering run of form since his return.

MORE: WHAT IS IT LIKE TO PLAY WITH TIGER WOODS?

MORE: WHO IS JUSTIN THOMAS' FIANCÉE?

In Mayakoba, he ripped his way to tie for a career-low 61.

Over the course of his last four starts, only two rounds have been in the 70s.

This run stretches back to the Sanderson Farms Championhip in early September.

Surely now, a win is only just around the corner for someone who looks back to his best.

Wolff cuts a figure that is a far-cry from the man who got absolutely destroyed and humbled at the Masters last time out.

But Augusta National is not a place for mercy.

At a rainy Houston Open this week, Wolff opened up a little bit how he feels now after taking some time away from the game.

He told the media: "I wake up in the morning and I'm excited to get out here.

"I'm excited to work on my game and tigthen up the things I need to tighten up and see everyone, say hi and stuff.

"Last year it was... it was a little difficult."

This week Wolff opened up his tournament with a 68 to continue his form of good scoring.

Hopefully he continues to get better.

NEXT PAGE: GOLF PRO HITS SHOT OFF A LILY PAD