Dwyane Wade DID NOT watch the Tiger Woods documentary, here's why

Dwyane Wade played golf with Tiger Woods one day before his car crash in 2021, here's why he didn't watch the documentary. 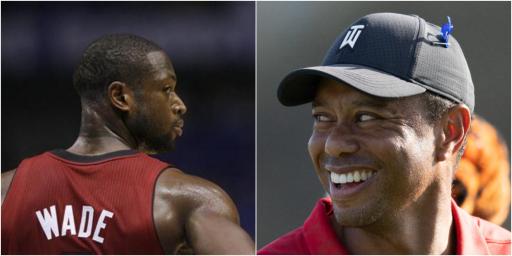 Such is his draw, he's a topic of conversation and is frequently asked about by other major athletes in the public eye.

One of those in NBA legend Dwyane Wade, who was recently asked about the big cat in a podcast.

The topic of conversation was whether or not Wade had watched the HBO documentary Tiger.

In it, the two-parter looks at the rise and fall of one of the most influential athletes the world has ever seen.

The murky world of how his affairs were revealed were uncovered.

And we also learnt more about the people who have shaped Woods as the person and the brand that he is today.

Wade was having none of it, as Woods didn't actually have any input in the documentary.

He said in the podcast:

Woods played golf with Wade, 39, shortly before his car crash in February 2021.

They teamed up with actor David Spade for a television show involving celebrity golf lessons.

A day after they filmed Woods crashed his single vehicle, luxury SUV and spent three weeks confined to a hospital bed.

He spent months in recovery and only recently emerged back into the public eye at the Hero World Challenge.

Then he played golf again at the PNC Championsip.

Wade has been quoted before as saying Woods was the reason why he picked up the game.

"Tiger, thank you for teaching me something," he posted in an Instagram post with a picture of the two with beaming smiles.

At the time Wade was quoted as saying: "We're all shaken. My prayers go out to him, and hopefully a speedy recovery for him.

"And hopefully he gets a chance to get back to doing what he loves to do, and that's playing the game of golf."

Next page: Tiger Woods' practice schedule in his prime was ridiculous