Fitzpatrick is just two shots off the lead after the opening round, but a host of America's finest players are also in the mix. 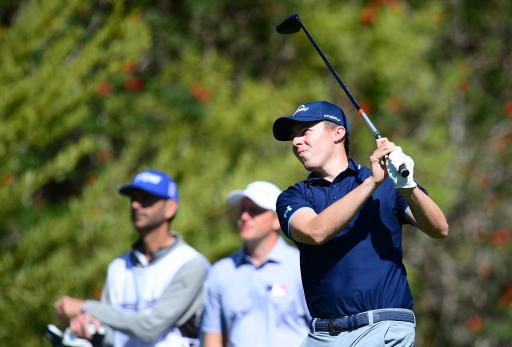 Matt Fitzpatrick shot a 5-under par opening round at the Genesis Invitational, just two shots behind leader Sam Burns, but a host of some of the PGA Tour's best are in the mix, with the likes of Dustin Johnson, Brooks Koepka and Jordan Spieth all within reach.

The fast and firm Riviera greens were causing problems for many of the world's best, with Bryson DeChambeau shooting 4-over par and World No.3 Justin Thomas opening with a nightmare 6-over par score of 77.

Jon Rahm was thankful to see his ball find the back of the hole, after his putt needed an outrageous line, causing his ball to pick up some serious speed.

WATCH RAHM'S EPIC PUTT AND REACTION IN THE VIDEO BELOW:

Starting his round on the back nine, Fitzpatrick found himself 1-under through three holes, but cancelled out his birdie at the 11th (his 2nd) with a bogey att he par-4 13th.

The 26-year-old found two more birdies before he reached the turn and took full advantage of the par-5 1st with an eagle, before adding one last birdie at the 7th hole, with back-to-back pars to finish and sign for a 5-under par score of 66.

"It was a good day overall," said Fitzpatrick. "I felt like I played probably better than my tee-to-green stats would suggest. My swing actually felt pretty good. There's a couple loose ones in there, try to fix that this afternoon, but on the whole, it's a great start, couldn't ask for any better."

Eight players sit one shot behind Fitzpatrick at 4-under par, including Patrick Cantlay and GolfMagic's Each Way betting selection for this week Joaquin Niemann.

RELATED: Dustin Johnson says there is "room for improvement" as he returns to PGA Tour

World No.1 Johnson started with a solid 3-under par opening round, as has four-time major champion Koepka and the man who everyone has been talking about as of late, Spieth.

Rahm mixed two birdies and a bogey to sign for a 1-under par round on Thursday, whilst his Ryder Cup European teammate Rory McIlroy was left disappointed with a 2-over par opening round.