PGA Tour pro Max Homa has an hilarious theory about how LIV Golf go about luring the top talent to the controversial series. 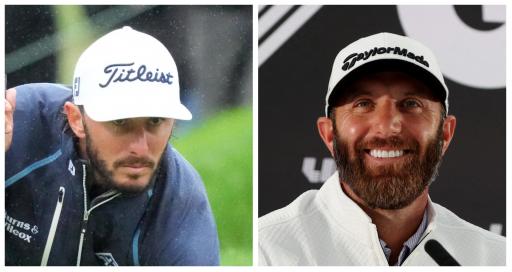 Professional roaster and part-time PGA Tour player Max Homa is absolutely no stranger in making jokes at the expense of himself and others.

Yesterday, there was the revelation that Collin Morikawa pours milk into the bowl first before adding cereal. Homa took issue with that. As did Justin Thomas.

Now he has turned his attention to the LIV Golf Invitational Series. Have you ever known a time like this in golf? Players are ditching the PGA Tour left, right and centre.

It's hard to keep up with the news. The latest being that Brooks Koepka has decided to join Greg Norman in the Saudi-backed league that has shaken the golf world to its core.

Four-time major winner Koepka, 32, is set to join Abraham Ancer as the latest name on the LIV Golf roster. More names are expected to follow.

PGA Tour commissioner Jay Monahan held a meeting with the membership yesterday outlining his plans for the future and how they will respond to LIV Golf in the long term.

Still, in the middle of all that, PGA Tour pro and four-time winner Homa had a theory about how LIV Golf go about their negotiations:

Homa, the World No. 22, has been outspoken on the topic of LIV Golf before.

When chatter about the league reached fever-pitch back in February, he posted: "My favorite part about this LIV golf stuff is that I, a card carrying member of the best tour in the world, know absolutely nothing about what's going on. I am enjoying the ride with everyone on social media."

Homa is a PGA Tour loyalist, but these days that's not exactly saying much.

So far, the LIV Golf are said to have paid an absolutely staggering sum of money to lure some of the PGA Tour's talent.

Dustin Johnson is said to have taken home something in the region of $125million. Phil Mickelson? A reported $200million. Bryson DeChambeau's figure is said to be north of $100million.

But that is, of course, after the negotiations.