After doubts circled around Collin Morikawa's commitment to the PGA Tour, the two-time major champion has publicly rejected the LIV Golf Series. 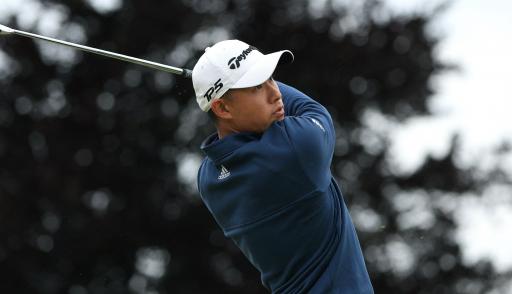 Two-time major champion Collin Morikawa has committed to the PGA Tour and has publicly dismissed any speculation of joining the LIV Golf Invitational Series on Twitter.

Rumours linking Morikawa to the controversial new series circled this week as more players are set to be revealed as part of the LIV Golf Series roster.

It was rumoured that a multiple major champion was set to join the series bankrolled by the Public Investment Fund of Saudia Arabia, but it looks as though these reports refer to Brooks Koeopka who is set to defect from the PGA Tour.

Related: Tiger Woods? Matt Fitzpatrick? Who hit the BEST EVER shot at the US Open?

"To state for the record, once again, you all are absolutely wrong. I’ve said it since February at Riviera that I’m here to stay on the @PGATOUR and nothing has changed. Now if you’ll excuse me, I’ve got some cereal to pour in my milk."

The 25-year-old has won five times on the tour and back in September, he made his debut for the US Ryder Cup team that beat Europe 19-9 at Whistling Straits, a record-breaking margin of victory.

Morikawa isn't teeing it up this week at the Travelers Championshp, but earlier today, the tour held a mandatory meeting with the players at TPC River Highlands.

At this meeting, the 2023 PGA Tour season was discussed and in the autumn of next year, there will supposedly be bonus events available to players in the top 50 of the FedEx Cup standings.

According to other reports, lifetime bans are being considered for players who play in the second LIV Golf Invitational Series event in Portland on June 30.

The recruitment of Morikawa would've been a significant young scalp for series commissioner Greg Norman, but now he is staying put, he will be eligible to play on the PGA Tour and the Ryder Cup unlike Dustin Johnson, Phil Mickelson, Bryson DeChambeau, Patrick Reed and Brooks Koepka.