Brooks Koepka has unsurprisingly withdrawn from the event at TPC River Highlands after it was confirmed he has joined the LIV Golf Invitational Series. 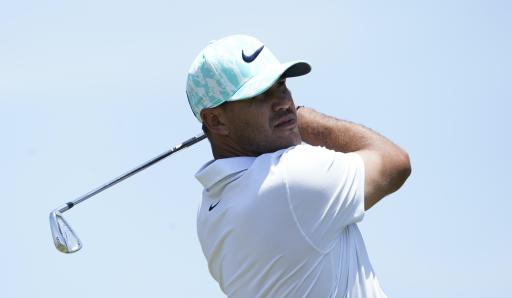 Brooks Koepka has withdrawn from the Travelers Championship on the PGA Tour after it was revealed he has joined the LIV Golf Invitational Series.

The four-time major champion's withdrawal was expected as his presence at any subsequent PGA Tour event could cause controversy and potentially deflect attention from the actual golf.

It had been rumoured that a multiple major winner would be confirmed on the LIV Golf Series this week and the 32-year-old fits that profile.

Mark Hubbard will replace Koepka in the field in Connecticut. Hubbard is ranked 280th in the world and he has made 11 cuts in 15 events this season.

As well as Koepka joining the tour commissioned by Greg Norman, Abraham Ancer confirmed that he would be moving over as well in a statement the Mexican posted on social media on Tuesday.

Both players are set to be suspended from the PGA Tour and both of them have jeopardised their playing places in the Ryder Cup and the Presidents Cup.

At the US Open last week, Koepka was openly frustrated at questions to do with LIV Golf in his press conference, telling the press "he hadn't given it that much thought."

"I'm here. I'm here at the US Open. I'm ready to play US Open, and I think it kind of sucks, too, you are all throwing this black cloud over the US Open. It's one of my favourite events. I don't know why you guys keep doing that," Koepka said in Brookline.

Koepka will join his brother Chase at the second LIV Golf event in Portland on June 30. Chase played in the inaugural event at Centurion Golf Club.

Next Page: Matt Fitzpatrick chipping: Why does the US Open champion use this method