"Michael is more of a sounding board": Rory McIlroy CLARIFIES coaching situation

The Northern Irishman has confirmed what his working relationship will look like with Bannon. 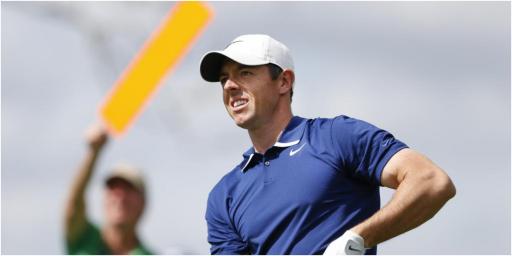 Rory McIlroy announced recently he is back working full time with his childhood coach Michael Bannon but there was confusion around his situation.

That was reportedly not the deal that Cowen agreed to according to Golf Digest and golf fans and analysts were indeed a little bit perplexed.

Perplexed in the sense that it was strange to see McIlroy make a change after winning again on the PGA Tour after a poor Ryder Cup.

Surely he was on the right path? As ever with McIlroy, 32, there are always guaranteed ups and downs.

McIlroy has taken the time this week to address this issue and give the golf world some clarity on what's going on.

"Michael has always been my coach," McIlroy said. "He's coached me since I was eight years old.

"He's also been there, even if he wasn't visible, he's been in the background for the last six months.

"And I think Michael knows my swing and my game better than I probably know it at this point."

McIlroy has made a fast start at the season ending DP World Championship on the European Tour.

He currently has a two stroke lead at the top of the leader board but is being chased down by Race to Dubai points leader Collin Morikawa.

McIlroy continued: "So I just thought with the struggles that I had, especially at the Ryder Cup, it's funny, I talked to him at length after the Ryder Cup, and we had organized for him to come out the week after Vegas to start working again, and obviously I went and won.

"But those two weeks in between the Ryder Cup and Vegas I feel like I figured a few things out on my own. Which sometimes you need to do. Sometimes you need to go and throw hundreds of balls down on the range and hit some and figure it out on your own.

"And I feel like I did that. I'm not saying that I don't need any help ever again and I've got figured it out, but I talked about it in Vegas, just about being myself and not trying to do anything that other people do or what I can't do.

"So I sort of tried to figure it out myself. And I guess I went to Vegas with a little more self-belief and I won that tournament, and that gave me even more confidence.

"And then if anything, Michael is more of a sounding board at this point. I say to him this is what I'm trying to do. Tell me if I'm completely not right."

McIlroy spoke after his first round at Jumeirah Golf Estates on the Earth Course about visualising more shots. He looked more comfortable with his swing and was confidently attacking the pins in typical McIlroy fashion.

He said of Cowen: "As I said last week, I've always had a relationship with Pete, I've known Pete since I was 13 years old from the Irish setup, and if I want to ask his opinion on something, I can still do that.

"If I feel like I need his input, I'll ask for it. As of right now, I'm happy with the setup that I've basically always had, and I'm excited for the road ahead."