Watson's 15-year association came to an end with Scott earlier this year, now he is trying out a new partnership. 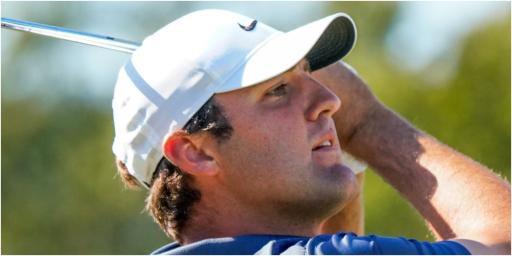 For years Ted Scott was the man who was on the receiving end of Bubba Watson's temper tantrums and wiped away his tears after emotional victories.

Now the caddie is back on the bag after his split with Watson and will carry for Scottie Scheffler in a trial run at the RSM Classic on the PGA Tour this week.

Scott was the carrier for Watson for 15 years and played an integral part in his Masters successes and 12 wins for the player from Bagdad, Florida.

"We're trying it out," Scheffler told the official PGA Tour website this week. "I've known Teddy for a couple of years, just a good dude around the Tour.

MORE: RORY MCILROY ADMITS HE NEEDS TO SOLVE HIS PROBLEMS

"He was available and I thought he'd be a good fit for me, and we'll see how things go."

Scheffler, 25, is widely considered to be one of the best players in the world yet to taste a victory. The Ryder Cup rookie has been in blistering form but is yet to get the job done.

Another chance went begging last week when he couldn't chase down Jason Kokrak in the final round of the Houston Open. Loose shots were played and putts didn't drop after he had done the hard work of getting into contention again.

He finished fourth at the World Wide Technology Championship in Mayakoba in the fall swing of the PGA Tour season before playing in Houston. He and Scott will be alongside Max Homa and Louis Oosthuizen in the first two rounds. They are one of the featured groups.

NEXT PAGE: DID YOU KNOW THIS ABOUT TIGER WOODS' EQUIPMENT?