"I'd better get my head back on and FIGURE it out": Adam Scott reveals 2021 woes

"If you starve me of the competition and the opportunity of playing a little bit, you come out very hungry." 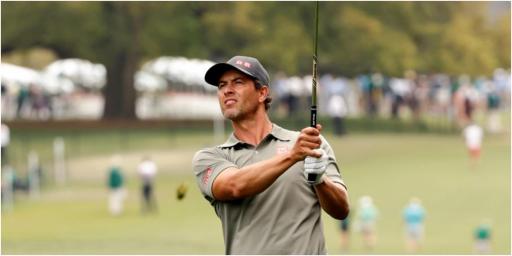 He silently goes about his business constructing brilliant rounds of golf that constantly vault him into contention in the majors and tournaments around the globe.

But he's been off the boil. For a while now. Particularly this year.

The 41-year-old Australian joins his fellow countryman Jason Day in being a bit dejected about golf in 2021.

A thing of beauty. pic.twitter.com/Xbsc9mhYZk

Scott revealed some of his thoughts to the media in a press conference ahead of the RSM Classic in the fall swing of the PGA Tour.

"It's been a challenging season of golf for me," he told the world's media. "And of course that affects my general attitude. I put some much into my career and sacrificed a lot of things, including time at home, to do this, and I just wasn't getting the results."

Indeed, he has not been getting the results. And it's surprising with that swing. It's widely considered as the best in the game alongside Louis Oosthuizen in being generally perfect. We know of his quality.

Scott was asked how he stays motivated after 20 years in the game. He replied: "It's ups and downs. I think in the down times...the frustration was there, then I came to the realisation it's the only thing I know how to do.

"I don't have a lot of options outside of that, and I'd better get my head back on and figure it out."

He added: "If you starve me of the competition and the opportunity of playing a little bit, you come out very hungry."

Scott wants to play on the European Tour - soon to be the DP World Tour - alongside the PGA Tour in 2022. His last victory came at the 2020 Genesis Invitational when he won by two strokes.

MORE: DID YOU KNOW THIS ABOUT TIGER WOODS' EQUIPMENT?