Patrick Reed on golf rule controversy: "I have talked to Xander Schauffele" 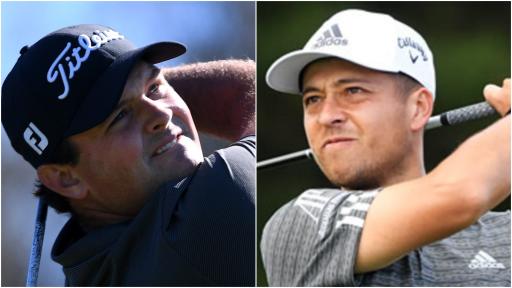 Patrick Reed claims he has responded to Xander Schauffele's recent criticism of being "protected by the PGA Tour" over a series of text messages this week.

After finishing tied second to Reed at the Farmers Insurance Open at Torrey Pines on Sunday, Schauffele was asked what he made of Reed's controversial "embedded" golf ball ruling where he picked up his ball before a rules official had even come over to inspect the lie.

"I didn’t search for the videos, I just have heard talk amongst the boys out here," said Schauffele.

"I would not put myself and create a situation like that. That’s kind of, I wouldn’t. If my ball’s embedded, I usually will wait and call someone and kind of wait until everyone’s on the same page, wait to look at video. So I try to avoid situations like that just for that reason.

"I would wait for an official. You can put a tee in the ground and check your ball. I mean, he did everything by the book according to the official and everyone stood by there.

"Obviously the talk amongst the boys isn’t great, I guess, but he’s protected by the Tour and that’s all that matters, I guess."

Reed, speaking ahead of this week's Saudi International on the European Tour, was quizzed by a journalist in the wake of Schauffele's recent comments, with specific reference to his last sentence of being "proected by the PGA Tour."

"Him and I actually talked earlier this week. I’m just going to leave it between him and I because really, it’s one of those things that all you can do is try to do the right thing and from that point, move on. We’re good. We’re all good.

"I’ve always been really good at blocking out noise and focusing on what’s at hand. To be really good at golf, you have to really be mentally strong. That’s the best way to be successful today."

NEXT PAGE: PGA REF TELLS GOLFMAGIC THAT PATRICK REED DID NOTHING WRONG