PGA Referee: "Patrick Reed should NOT be criticised for any action at all" 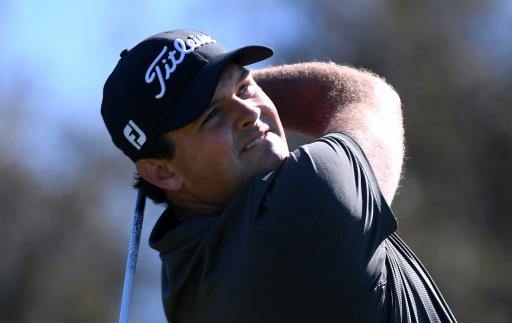 Patrick Reed might be setting social media on fire for all the wrong reasons again, but after reading some of the Twitter comments the past 24 hours, I'm honestly not surprised he has blocked so many followers out there, writes Lead Tournament Director of the PGA EuroPro Tour and PGA Rules Panel Member Ash Weller.

Many ‘experts’ and non-experts alike have been quick to call out the eventual Farmers Insurance Open winner for ‘cheating’ during the third round at Torrey Pines following a drop for an embedded ball.  Are the claims justified, or is Reed being judged by his reputation? He certainly hasn’t covered himself in glory in previous times, but this incident should surely be judged on the facts, not on past misdemeanours.

I feel a little bit like a defence council for the man a kangaroo court has already sentenced, but in the spirit of fair play I’m going to give it a go. Bear with me here and we’ll deal with the facts, not assumptions or conclusions drawn by reference to past events.

Reed drove into the left fairway trap on the 10th hole. His second shot went left into the rough the other side of the cart path on a course that had suffered heavy rain in previous days, making it very soft in places.

Neither Reed, his caddie, the other two players in the group nor their caddies saw the ball bounce. On arriving at his ball he asked the volunteer who had spotted it for him ‘Did you see it bounce?’. She replied ‘No, I didn’t see it bounce’. It would be fair to assume from this statement that the ball had not bounced and was lying where it first struck the ground.

Reed could not be expected to do any more. He also stated in a post-round interview that had he been told the ball had bounced then he would not have sought relief as the ball could not have embedded on its second bounce. We must take his word for this.

WATCH: REED EXPLAINS HIS SIDE OF THE STORY - "WE DID IT ABSOLUTELY PERFECTLY!"

Reed thought that his ball might be embedded, and he immediately informed his fellow competitors ‘Hey guys I’m going to check it, they say it didn’t bounce’.

Under the old Rules, he would have been obliged to notify his marker he was about to lift his ball, but this has been relaxed in the new Rules and this is no longer mandatory (Rule 16.4), so a house point to Reed here.

He marked and lifted the ball, did not clean it (Rule 16.4 again) and placed it to one side. He felt that the ball had broken the surface of the ground and had, indeed, been embedded and called for a Rules Official as he wanted clarification on this and the correct procedure.

PGA Tour Rules Official Brad Fabel arrived and confirmed that he too thought the ball had broken the surface of the ground, and therefore a free drop was authorised and carried out within the Rules. Reed then pitched on and holed a good putt from 15 feet to save par.

Subsequently, TV footage showed that the ball had, in fact, bounced before settling in the rough. Had this been known at the time this would have shed a different light on the ruling as it would be very difficult to conclude the ball had embedded in its own pitch mark. However, the ruling was made without this knowledge and therefore Reed was protected as he had proceeded under the instructions of a Rules Official.

Those are the facts of the matter and Reed should not be criticised for any action at all. So why all the fuss? Well mainly because it’s Patrick Reed, burdened by his past reputation.

Let’s look at some of the allegations on social media and respond to each in turn:

The ball clearly bounced and can’t have been embedded. True, but Reed and everyone else at the time were unaware of this fact and he did seek clarification from the marshal who saw the ball land.

He can be seen pushing the ball down into the ground. There’s absolutely no proof of this whatsoever.

He should never have lifted the ball and should have waited for the Rules Official. He acted entirely within the Rules and cannot be criticised for this. We moan when players call a referee for any tiny incident, now we see a player proceeding within the Rules and we are moaning about this too.

The defence for Mr Reed rests its case.

I put it to the jury that the player has been accused and found guilty on social media by those lacking in knowledge of the Rules and assumptions that it was Patrick Reed and therefore he must have cheated.

I request that unless any irrefutable proof comes to the Court’s attention that the defendant be cleared of all charges.