Dustin Johnson admits he needed a long break after enduring a "frustrating" year on the PGA Tour. 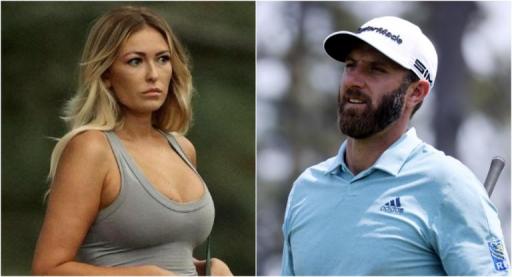 Dustin Johnson admits he was doing "anything but golf" during a lengthy off-season break with his fiancee Paulina Gretzky and the rest of his family and friends.

Johnson, now fourth in the world rankings, has not played in a competitive PGA Tour event since the middle of October when finishing tied 45th at The CJ Cup.

The former World No.1 failed to win a tournament on the PGA Tour in a disappointing 2021, marking just the second time in his career where he has gone a calendar year without a title on the circuit since 2007.

Johnson did, however, win the 2021 Saudi International on the DP World Tour last February, and also entered the record books when going 5-0 at the Ryder Cup in September.

But overall, it was a frustrating year for the man with two major titles and 24 PGA Tour wins to his name.

It all resulted in him pressing the reset button.

"Just a lot of time was at home with the family," said Johnson, who has not won on the PGA Tour since slipping on the green jacket at The Masters back in November 2020.

"Did some fishing. Pretty much anything but golf is what it is.

"Last week I started hitting balls again and so yeah, it’s been pretty good. The progression’s been nice. Each day I see it’s getting a little bit better, a little bit more consistent. That’s what I wanted.

"But after last year I was frustrated with everything, so a break was what I needed."

"Just nothing was matching up. It just gets frustrating when you do it for eight months straight. Especially after like the fall I had the year before, it was really frustrating.

"I’ll get more benefit, especially when it comes down towards the end of the year when we have a lot of big tournaments all in a row, the Playoffs, I’ll still feel fresh and rested."

paulina gretzky
dustin johnson
PGA tour
Tiger Woods
Farmers Insurance Open
Previous
WATCH: Is this the BIGGEST DRIVER you have ever seen?
Next
Rory McIlroy on Dubai Desert Classic return: "It's a comfortable place for me"