Collin Morikawa made the cut on the number last week then struggled over the weekend. His response? To forget about it completely. 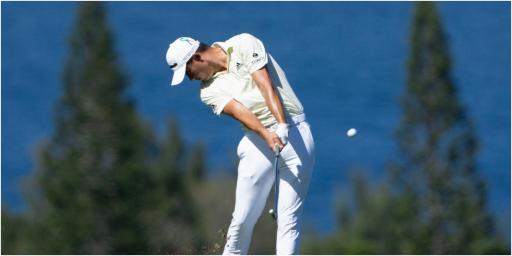 Imagine being Collin Morikawa and not knowing where the golf ball is going.

In recent months the 24-year-old has been presented many an opportunity to topple Jon Rahm and replace him as the world number one.

Last week was one of those opportunities but like Rory McIlroy, Morikawa made the cut on the number. Then he stumbled to a poor finish.

Tying for 64th is hardly the type of start Morikawa had in mind for the beginning of his 2022. Windy conditions aside, it wasn't right.

Morikawa's frustration with his game recently led him spending a large chunk on the range this past Monday.

He told the media it was probably the longest he had ever spent on the range in a while for his tournament prep.

"It's probably the hardest, longest I've worked in a while pre-tournament on a Monday but it's good.

"Sometimes you need to have that kind of reset button and really figure out and dive deep. I had my agent and my caddie and we were just literally sitting on the range for hours trying to figure out what to do."

Related: What is Collin Morikawa's net worth?

"What happened last week, I wasn't really in my head. I wasn't playing to my strengths. Obviously I had no clue the where ball was going out, which makes it a lot harder, but out here like you said, I know the golf course and I know where I need to hit it.

"And so at that point it's just going out and playing golf, executing the shots I know, talk to my caddie like we do all the time when we're playing really well and just stick to the same process.

"Last week, the game didn't feel good. I didn't know where the golf ball was going and I had to kind of figure that out, so yesterday (Monday) was much needed and I feel a lot better where I am heading into this Thursday."

Morikawa is scheduled to play his first round of the Slync.io Dubai Desert Classic alongside McIlroy and Bernd Wiesberger.

He doesn't appear to be letting one poor (for his standards) tournament phase him and is ready for this week and beyond.

"You just forget about it. It's as simple as that really. I don't need to sit in a bed or stare at a wall. That's not in my nature. Yes, I want to get better. And yes, I am trying to figure out what I did poorly last week. And yes, I'm working to get better this week. It's all part of the grind. At the end of last season, I got to take a month off to find the itch to get back."