Reed pulls out of the Wyndham Championship, the final event before the PGA Tour's FedEx Cup Playoffs 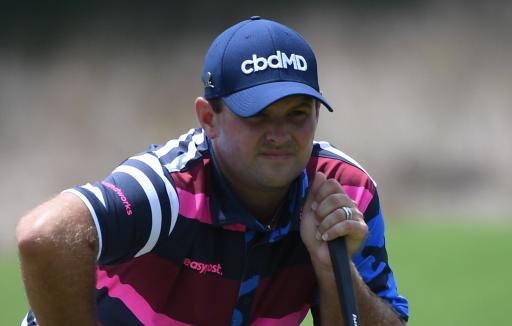 Patrick Reed has decided to withdraw from this week's Wyndham Championship on the PGA Tour, the final event before the FedEx Cup Playoffs begin at the Northern Trust.

Reed has given no reason for his withdrawal from the tournament, although it would seem logical to assume he just wanted a week's break having travelled the best part of 25,000 miles the past two months.

The World No.16 has played in tournaments 10 of the last 12 weeks, and he also went over to compete in the Tokyo Olympics after receiving a late call-up following the withdrawal of Bryson DeChambeau due to a positive Covid test.

Reed landed his ninth career victory on the PGA Tour earlier this January with a five-shot romp at the Farmers Insurance Open, albeit in controversial circumstances following a drop he took in the rough during round three.

Since then, Reed has picked up four top-10 finishes including a tie for ninth at The Masters and solo fifth at the Memorial Tournament.

Reed is currently comfortable in the FedEx Cup race at 22nd in the standings, which gives him the added luxury of taking this week off.

Reed is not currently in the top six automatic spots for the US Ryder Cup team this September, however, given his experience and Ryder Cup record down the years you have to believe he will be the easiest of wildcard picks for captain Steve Stricker - despite the fact he does not see eye-to-eye with many of his teammates.