Patrick Reed is BACK in G/FORE shirts - has his Castore deal ENDED already?!

Golf fans react to Patrick Reed switching into G/FORE shirts at The Open - but what has happened to his recent Castore deal? 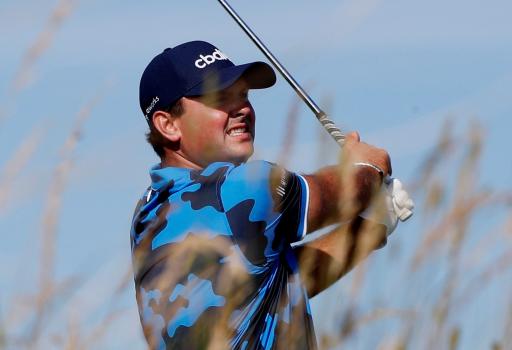 Earlier this season ahead of The Masters in April, Reed confirmed he was joining forces with rising British premium apparel company Castore Sportswear, the same clothing brand as worn by tennis ace Andy Murray.

However, despite becoming a brand ambassador of Castore and instantly wearing their shirts during tournaments on the PGA Tour, the former Masters champion has switched back to sporting G/FORE polos.

On day one of The Open, Reed was wearing G/FORE's 'Exploded Camo Polo' that retails for $120, and it certainly got people talking on social media as the American strode the fairways alongside Rory McIlroy and Cam Smith on Thursday.

Reed then continued to wear G/FORE polo shirts for the remainder of the week at Royal St George's.

Since ending his long-term contract with Nike Golf at the start of the season, Reed chose to personally buy G/FORE apparel out of choice, with no signed contract or anything. He apparently just loved the products the brand was producing and so chose to wear them.

After briefly switching into Castore shirts at The Masters three months ago, Reed was spotted wearing G/FORE again at the US Open last month, and now the same thing has happened at The Open Championship, leaving golf fans confused as to what's happened with his Castore deal.

We reached out to Castore for comment, but nobody has responded.

A saw the blue/black top he had on today at the first tee, thought that looked nice then he turned round and no Castore, strange one, did check and he wore his old sponsors stuff in the US last month!

We fired the guy who designed this uncomplicated shirt. We thought we had destroyed all copies, but apparently Patrick Reed saved one. https://t.co/khhnEfR67H

Is that Patrick reed or a Chinese marine
@NoLayingUp pic.twitter.com/YI1CNNoIWe

Patrick Reed not only picked this shirt for #TheOpen he had his sponsors stitched on it too pic.twitter.com/XhcT0XbIRR

Can't tell if Patrick Reed's stylist was going for blue and black camo or cow print.

Either way, I can't imagine anyone in the world right now is thinking, "Man, I really want that shirt." pic.twitter.com/ygaI0KftHk